The popular singer was recently involved in a media spat after King Patrick, Peruzzi’s former boss called him out on social media.

The fight between the duo got dirtier when King Patrick alleged that Peruzzi once slept with Chioma before pimping her Davido.

However, the singer and Chioma have since put the allegation behind them as the two of them have been spotted together all loved up afterward. 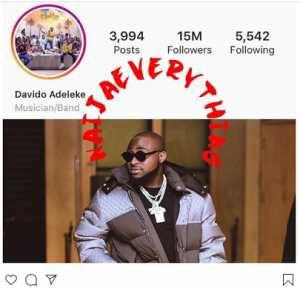