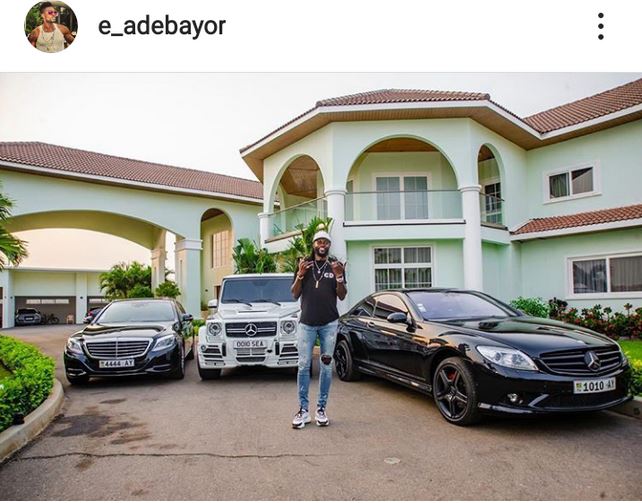 Former Arsenal midfielder, Emmanuel Adebayor as taken to his social media page to flaunt his exquisite mansion and luxury fleet of cars as he marks his 36th birthday.

The luxurious garage has cars such as a Mercedes G Wagon, some Benz Coupe while some other cars were seen in the rear.

The lanky striker made the news recently after news broke out that he has parted ways with his girlfriend.

Also, he is one of the few African players to have played for Real Madrid following his loan move during his prime days.