Fast-rising American rapper, Pop Smoke who was killed at his home on Wednesday has no doubt left many music lovers sad, following the gruesome manner in which he was murdered.

However, a new report has indicated that he might have shown the address of where he was living to his assailant without knowing.

A quick look at his last post on social media before he was murdered captured the moment he showed off his house address on his Instagram page.

Many are of the opinion that his assailant might have been able to locate him because of the post. 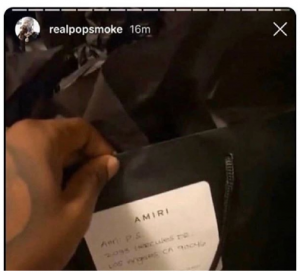