A young lady identified as Epigha Peace Koboye has reportedly committed suicide and killed her newborn with suspected poisonous substance in Bomadi area of Delta state.

According to varying reports, Koboye was said to have ended her life after her baby daddy denied paternity of the little child she recently had.

Her remains have since been deposited at the Bomadi General Hospital along with the late child after she was discovered dead with her child beside a bush path. 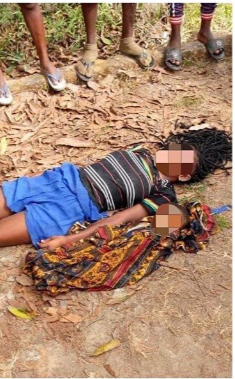