Information Nigeria recalls that actor, Mike Adeyemi allegedly dumped Blessing and he also hinted at being ‘single’ on his social media page.

Nina Ivy reposted the break-up news on her Instagram story, stating that any relationship built on social media or validation doesn’t last.

The newly-married reality TV star advised her fans to keep their relationships off social media because not everyone cares about them or wants their happiness.

Reacting to Nina’s post, Nkechi Blessing was lost for words as she wrote;

Read Also: I Made The Cutest, Prettiest Babies – Actress Iyabo Ojo Shows Off Her Children 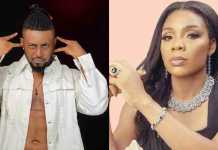 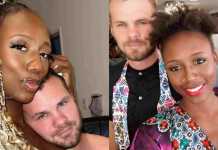