Lagos has always been known for its signature traffic with successive governments thinking up plans and policies to solve the menace once and for all.

However, it appears the traffic situation in the state has remained without a cure, and Lagosians have for a long time, had to grapple with the reality of spending long hours in traffic, both in the day and at night.

As a result of this, the need to seek the easiest way to meet up business or personal appointment has seen a boost in the motorcycle and tricycle business. With the way they are structured, motorcycles easily manoeuvre, even in the worst traffic situation.

Okada and keke napep or marwa as it is referred to in local parlance, have enjoyed the love of Lagosians who need to be somewhere very fast and have the means to board one.

So, it became a serious of form of heartbreak for both riders and passengers when the Lagos state government announced that a ban on this form of transportation would take effect from February 1 2020.

According to the state government, motorcycles and tricycles are not part of the plan for the megacity.

Speaking on the ban, which will be effected in six local governments and nine local council development areas of the state, Gbenga Omotosho said the decision was in response to ‘scary figures’ of fatal accidents recorded from Okada and tricycle operators in Lagos between 2016 and 2019.

Read Also: Inside Life Of “Area Boys’ In Lagos (Exclusive)

INFORMATION NIGERIA, to understand the depth of the situation as it would affect riders and passengers, spoke to some motorcycle and tricycle operations and every single one of them lamented about the proposed ban.

Sanya Olagbegi, a Gokada operator who stationed at Agege, Pen Cinema at the time of the interview, said the ban will be a big loss to him. He said “I have two older sisters and three younger brothers that are dependent on me. I make about N100,000 monthly from this business.”

Olagbegi attributed most of the success of the business to the traffic in the state, saying passengers would pay anything as long as they meet up their appointments on time.

He said, “you know how Lagos is with traffic, a customer can board this bike from here to Ajah and his fare would be around N3000. The customer would not mind paying it because he knows he is off for business and would get more from the trip than what he expends on transportation.”

According to the GOkada operator, he remits N4,000 to the company and whatever he makes after paying his daily ticket fee of N300, fuel and feeding are what he takes home.

Chima Eze, an indigene of Imo state, rides his Okada between Pen Cinema and Ikeja. According to him, “the ban will affect both riders and passengers. Eze said the situation of Lagos is so terrible, ” things are so expensive and there are no jobs. ”

He also said that most of the Okada riders in his park are graduates who had to take to the form of business because there are no jobs.

“Most of us you see here are graduates who have the capacity to work anywhere but because there are no jobs, we have decided to take up this business  — because we can’t just sit at home doing nothing, especially since we have families to cater for.”

Eze, an ambitious man in his 40’s stressed that “even here, you would find policemen and soldiers who work with us, just to make up on what their salaries can’t.”

On what he will do if the ban takes effect, Eze said; “I will find another way to make ends meet as life must go on. I remember during the time of Fashola when a similar ban was imposed, many people ran away from Lagos to seek pastures elsewhere and for those of us that remained, life still went on. I don’t believe the ban is the end of the world,” he concluded.

Aderonke Fabiyi, an ardent Okada passenger, says she has been making it early to her workplace at Yaba from Agege since she got the job in 2017.

“I honestly don’t know how I will cope with this ban. This government just make policies without thinking it through,” she lamented.

Tomiwa Adisa, a Keke Napep operator who shuttles between Agege and Ikeja, said “when one way closes another way opens. I believe my God will not put me to shame.”

An Opay rider at Ikeja, John Peter, decried how the ban would affect his life and his nine months of work. According to him, he has worked for Opay for about 9 months on a higher purchase contract of one year, where he would take ownership of the bike after he has paid back the agreed sum.

He said, “if the ban comes to play, they might back their bikes which means I have worked in vain for nine months.”

He added that “some riders may not accept that Opay takes their bike after working for 8 to 9 months, which may cause a lot of trouble.”

While the state government may have good reasons to effect the ban, riders and passengers have said the ban is going to have a huge toll on them.

There have been many government policies that have been announced with the tone of finality but enforcement becomes a dream. For this ban, it would be interesting to see where all these lead. 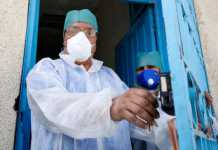 ‘Getting Tested Is No Longer Free, I Had To Use Herbs’ – COVID-19 Survivors Cautions Nigerians On Second Wave 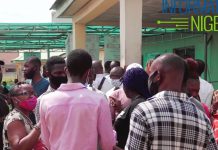 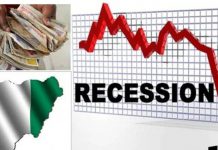 Way Out Of Nigeria’s Economic Recession