The singer had stated that many women call themselves feminists but can not get down on one knee to propose to a man.

“Y’all are feminists till it’s time to bend on one knee to ask a man to marry you! Aren’t we equal?

“Btw it’s not wrong for a woman to propose to her man!”

These tweets have now gotten many talking on Twitter with some agreeing with her while others have started dragging her. 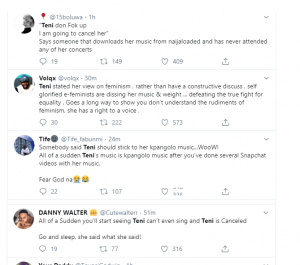 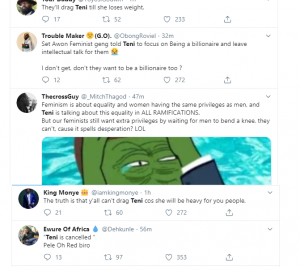 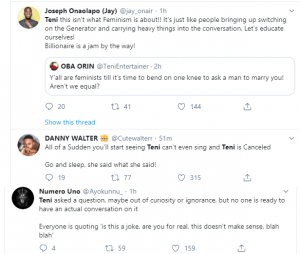