The Academic Staff Union of Universities (ASUU) has embarked on a two-week warning strike.

Biodun Ogunyemi, national president of the union, announced this at the end of the national executive council meeting at Enugu State University of Science and Technology (ESUT).

According to ASUU, the action, which begins on Monday, is to compel the federal government to implement its 2019 agreement and resolution with the union.

The union also said its demand includes the implementation of the 2013 and 2017 memoranda of understanding (MOU) that are yet to be implemented.

In 2019, the union reached an agreement with the federal government to end its strike that lasted over three months.

On Thursday, Zainab Ahmed, minister of finance, budget and national planning, said lecturers who have not enrolled on the platform will not get their February salary.

Some lecturers, who are not on IPPIS, had threatened to embark on strike if they did not receive their salary. 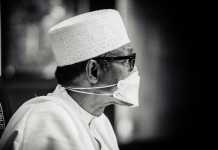