Singer Harrysong has replied his critics after they came for him over his outfit to the 2020 AMVCA.

The singer donned a babariga paired with sneakers to the event held in Lagos on Saturday.

Read Also: Harrysong ‘Pays Tribute’ To Emir Of Kano With His AMVCA Outfit

Many however did not like his outfit and took turns in slamming him for it via almost every social media platform.

Harry has now responded to all his critics as it looks like he has had enough of the insult. According to the singer, the critics are broke poor idiots. See the comments and his response below. 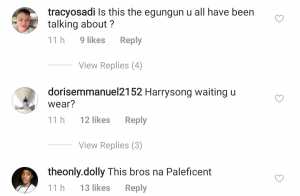 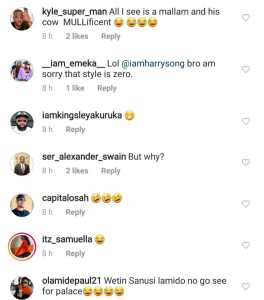