Nigerian rapper Blaqbonez has made it know he is no longer a Christian.

The rapper made this known while reacting to comment by emerging singer Ihcegho about Christianity and sin.

Read Also: Blaqbonez Knocks Father For Reaching Out After Many Years Of Abandoning Him

Someone had tweeted saying how homosexuality is a sin and Ihcego had replied saying all sin remains same, regardless of people involved.

Wasting no time, Blaqbonez replied, saying he is no longer a Christian seeing that he is not homophobic which in itself is a sin.

See the exchange below and share your thoughts with us. 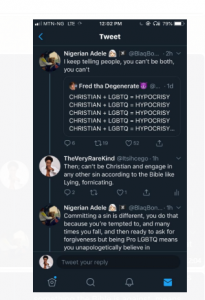 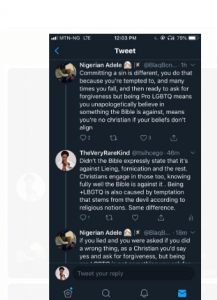