Kemi Olunloyo, a self-acclaimed investigative journalist has queried why president Muhammadu Buhari had to sit back at the Presidential Villa to be briefed on the explosion which rocked Abule Ado, Lagos state on Sunday.

Lagos state governor, Babajide Sanwo-Olu on Monday flew to Abuja to present the president with some photos from the scene of the incident.

Reacting to this in a post her Instagram page, Olunloyo queried why Sanwo-Olu had to fly down to Abuja when the President could have easily visited the scene himself.

Is this PRESIDENT Buhari???
He couldn’t come to Lagos to visit residents? Sanwoolu had to take pictures to him? 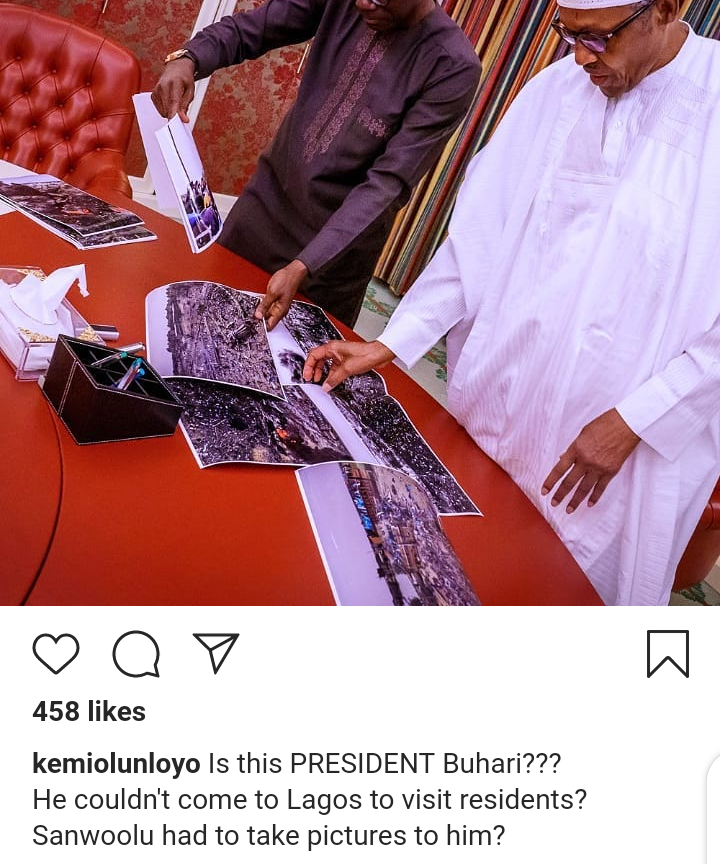