Actress Anita Joseph is not here for any disrespect.

The actress put a troll in her place after the latter came for her husband in Anita’s comment section.

Issues started after the actress took to her page to post photos of her man while celebrating him on his birthday.

This got to some followers who felt the actress needed to stop posting so much adding that all the compliments the actress was paying her husband, would change after some years.

Anita wasn’t pleased with their comments and she took out time to reply them. 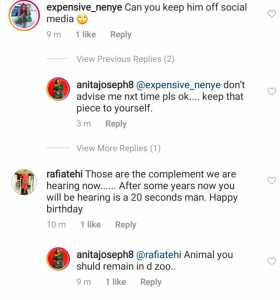 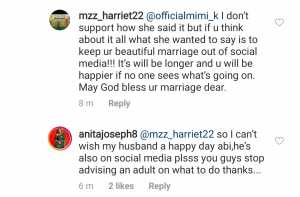 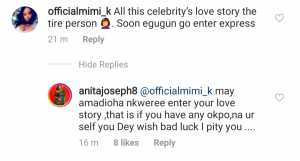