Information Nigeria recalls Simi announced that her marriage with the singer had crashed.

Gist Merchant shared a new post on Instagram, claiming Simi only married her singer husband for fame while the latter married for her wealth.

“I mean it has become an epidemic. Everybody sees and knows them but nobody is saying anything. Women are going through it eziokwu. Mad hustling to pay the bills and keep up appearance for these men. Look at mercy continually sinking money in all manner of projects to keep up her husband, the latest foolish venture being a hotel. A hotel for f**k sake! Arrgh! Come on!!!. Laura barely seconds from the labour room hustling and running around in videos, accepts all pay from all brand because the rent wont pay itself. I mean when does it stop. Its a pity really. Let me talk about the one paining me Dr Sid and Simi that recently split. Sid is broke! He barely passed Dental school while in UI. Although, it was claimed he worked in several dental clinics. However, is this not the same Nigeria that the owner of OasisMedspa is claiming to be a Dr. and I mean the man named Bruce not our favorite a**ewo but i digress..
Sid has been useless since childhood. This goat was the bane of existence to Pa Esiri. Is this not the same Sid that was with Trybesmen as a backup dancer in the late 90’s and early 2thou? He is a failed artist/yahoo wannabe. He went to UK and he and JJC and Dbanj were doing lowlevel fraudulent activities.
Banj got deported and JJC was having serious issues with immigration.

The most painful part of this idiot, is that Simi had a bloody choice not to take him serious. She was lowkey looking for fame and figured he would blow with Mohits and what not.

Everyone knew Sid saw her as a money bag. She was borrowing/dashing him money while they were dating. He was selling her dried fish and telling her that once the fish hits egusi soup, the fish go sweet die. Aunty believed the fool.
Y’all know the house is mortgaged and Simi eventually had to bail him out after he couldn’t make payments for months. Again, even he said the house wasn’t paid for in cash.
Her parents don’t like him because he is always coming up with one financial problem or another. Bugging his wife to buy him designer goods. Once they quarrel he throws her parents being stingy into the mix. “I’m married to you and your family won’t help me.”
Take heart Simi, at least you got 2 kids.” Gist Merchant wrote… 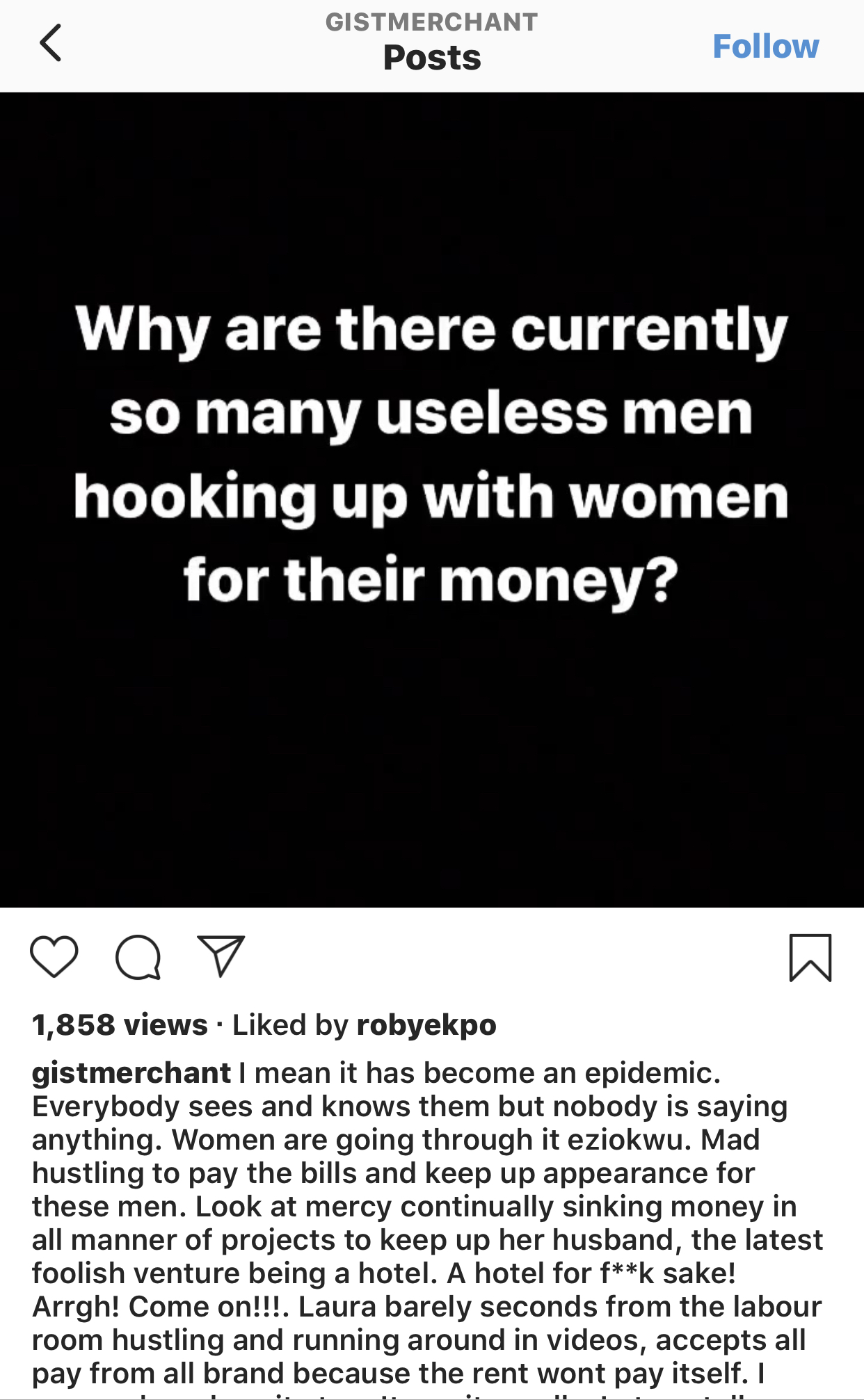