One of the world’s greatest rappers, Eminem, 47, has revealed that raising up kids has been his greatest accomplishment.

Eminem, a 15 time Grammy Award winner, gushed over his daughter Hailie Mathers, 24, during Mike Tyson’s Hotboxin podcast and said raising her and two of his nieces was his greatest accomplishment.

Hailie is Eminem’s only biological daughter and in 2018, she graduated from Michigan State University with a degree in psychology.

The rapper also talked about his daughter’s relationship with Evan MacClintok as he says he’s overprotective of her but approves their relationship. 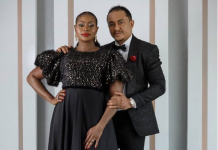