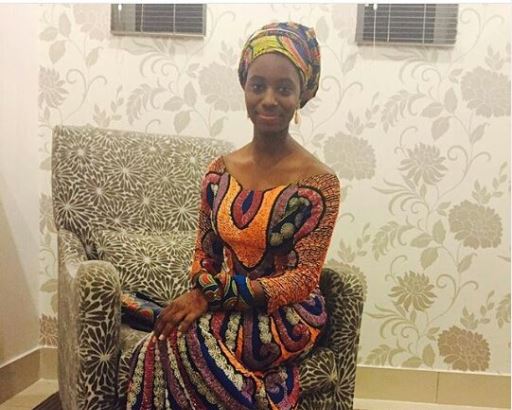 Speaking via Twitter, the former Emir’s daughter said that she has been the one consoling her friends, even though it was her father who was dethroned. 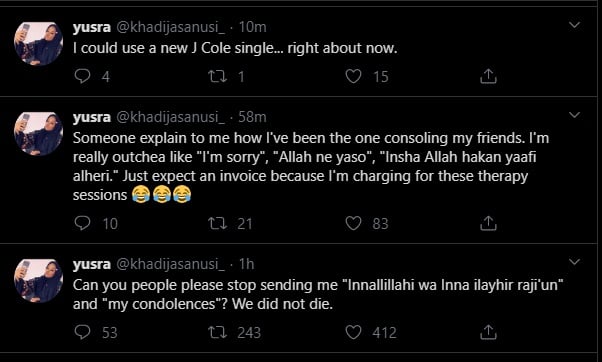 “Can you people please stop sending me ‘Innallillahi wa Inna ilayhir raji’un’ and ‘my condolences’? We did not die,” Yusra wrote in a flurry of tweets — which were deleted shortly after.

“Explain to me how I’ve been the one consoling my friends. I’m like ‘I’m sorry’. Allah ne yaso. Insha Allah hakan yaafi alheri. Just expect an invoice because I’m charging for these therapy sessions.”

‘Innallillahi wa Inna ilayhir raji’un’ is a Hausa proverb typically used when consoling a deceased person’s family. It roughly translates “from God we came, from God we shall return.”

Meanwhile, Yusra, hours before Sanusi’s dethroning was announced had tweeted thus: “‘You can suspend me, but you can’t suspend the truth.’ The man that raised me has never been afraid of letting go of power for the sake of integrity,” she wrote.