Former governor of Lagos State, Asiwaju Bola Ahmed Tinubu has made a cash donation of N200 million to the state and NCDC towards the fight against the coronavirus pandemic, TVC reports.

Tinubu made the donation during the occasion of his 68th birthday.

Asiwaju commended residents of Lagos for complying with the directives of the State Governor in observing social distancing and other measures to curb the spread of Covid-19 in the State.

“Tinubu who is now the national leader of the ruling All Progressive Congress(APC) earlier called on the federal government to stop collecting VAT as a succour to the hardship being faced in the nation.” 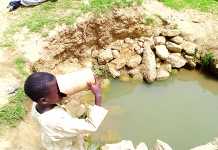