The Niger State Government has confirmed that it has concluded the tracing of 53 people who had possible contact with the confirmed  COVID-19 case in Limawa Area of Niger state.

Recall that some days ago, the North Central State recorded its first case of the Coronavirus.

The Chairman of the Taskforce on COVID-19 in the state, Ahmed Matane, were being quarantined because the COVID-19 confirmed case had been in contact with them after he was released from the hospital.

Speaking on a radio program in Minna, Matane explained that the confirmed case was released from the isolation center after his return from Lagos because he showed no symptoms of the infection. 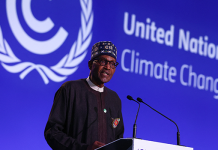