Nollywood actress, Dayo Amusa has recounted how she sent 50k instead of 5k to a fan who reached out to her that she needs money to eat.

Speaking via her official Instagram page, she said she reached out to the fan afterwards but she told her she has spent the money and has just 3k left in her account.

She concluded by saying she was pained.

“Sm1 I know buzz me this morning for 2k to put food on her table for her kids. So I thought I could help with 5k but mistakenly transferred 50k. I quickly/immediately out a call through. She didn’t pick at first. Eventually, after she picked, told her I wanted to send her 5k but did 50k instead.

“She said she already spent the money and that she only has 3k left in her account as we speak. E pain me o…” 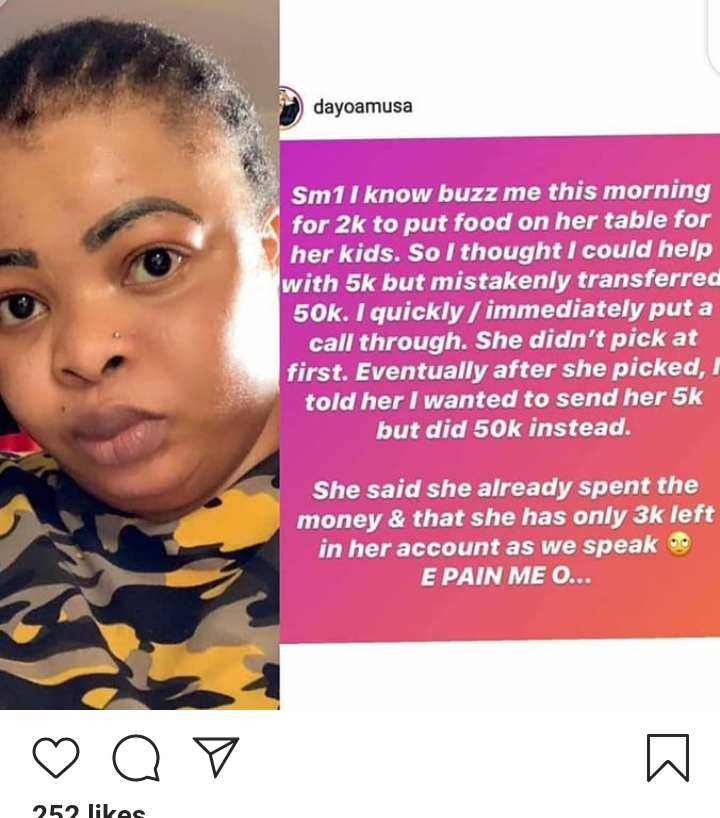