Nollywood actress, Eniola Badmus is currently being attacked on social media by her fans over alleged giveaway fraud.

According to a leaked chat, the screen diva was contacted by an anonymous person with the intention of sharing N500k to Nigerians to cushion the effect of the lockdown of the nation.

However, as soon as the good Samaritan sent the money to her, she said she charges N150k to share giveaways on her page.

Read Also: I Have Been Enjoying This Lockdown: Eniola Badmus (Video)

Also, she is said to have posted the giveaway update on her page before the deal went sour.

She is also said to be holding on to the sponsor’s money.

This has prompted fans to besiege her comment section to rain insult at her. 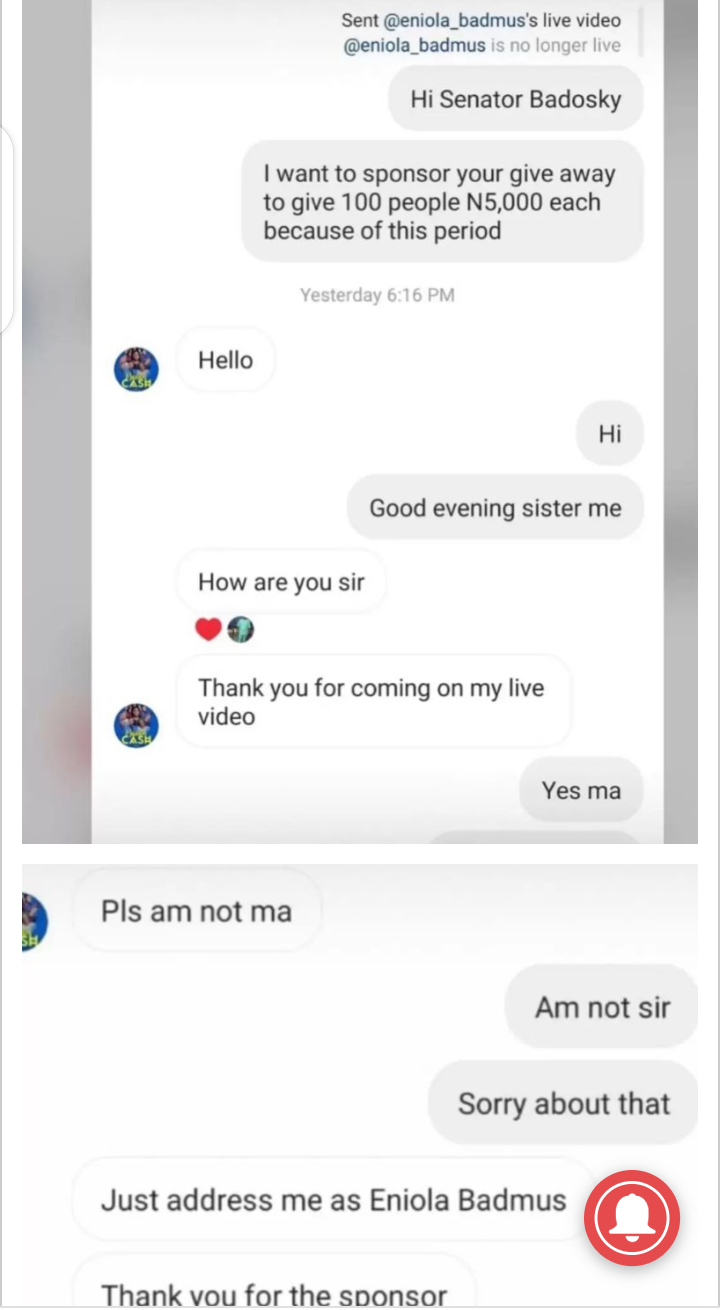 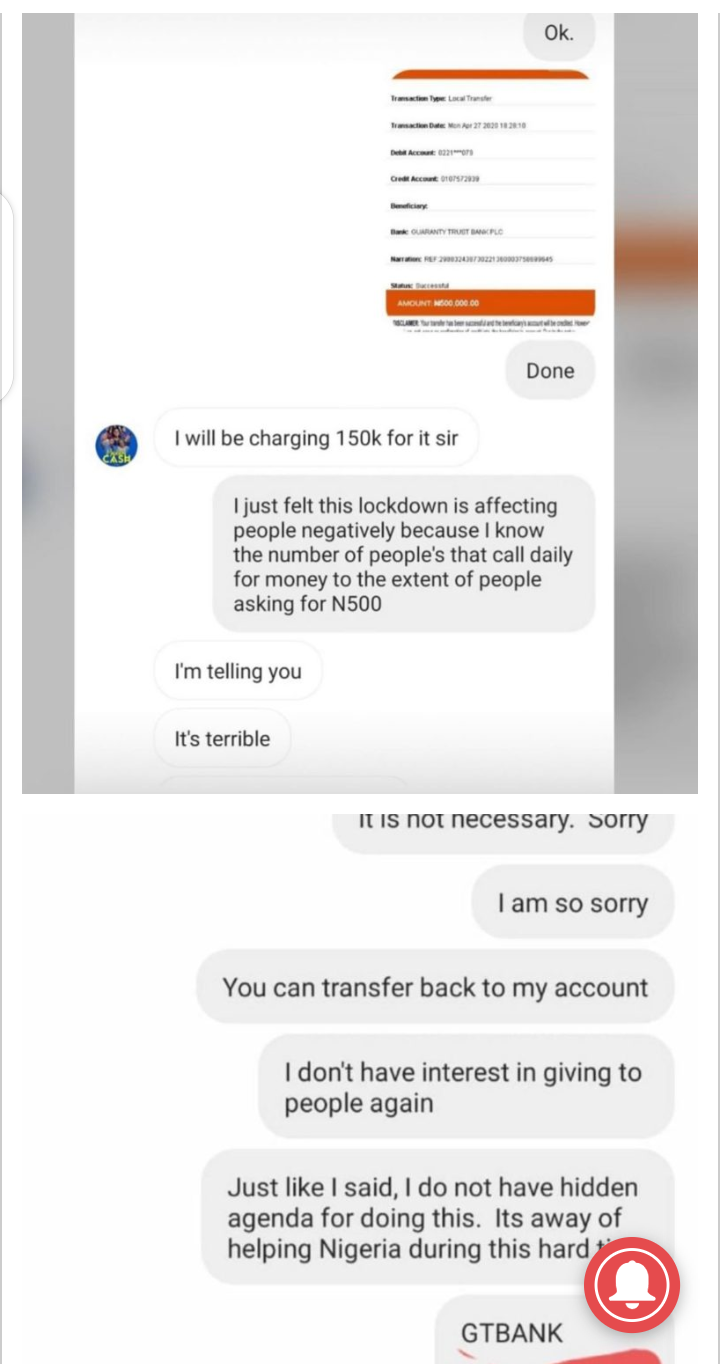 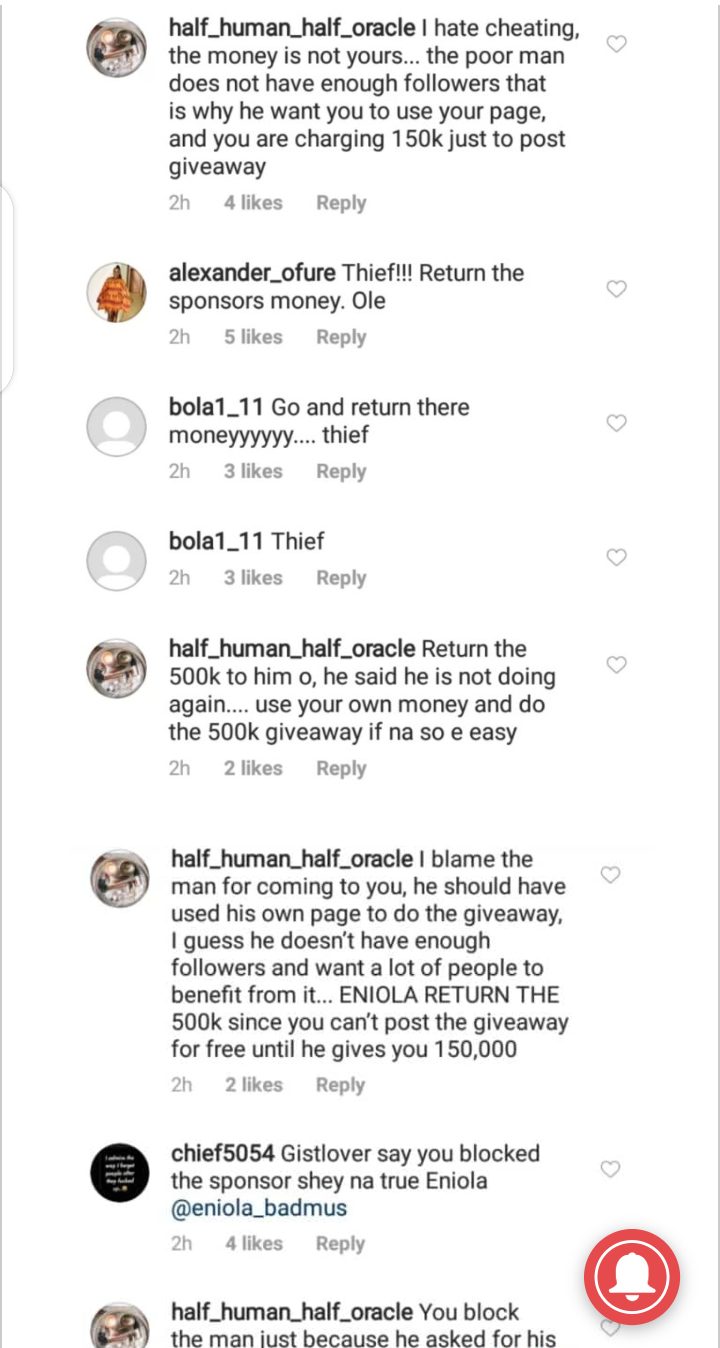 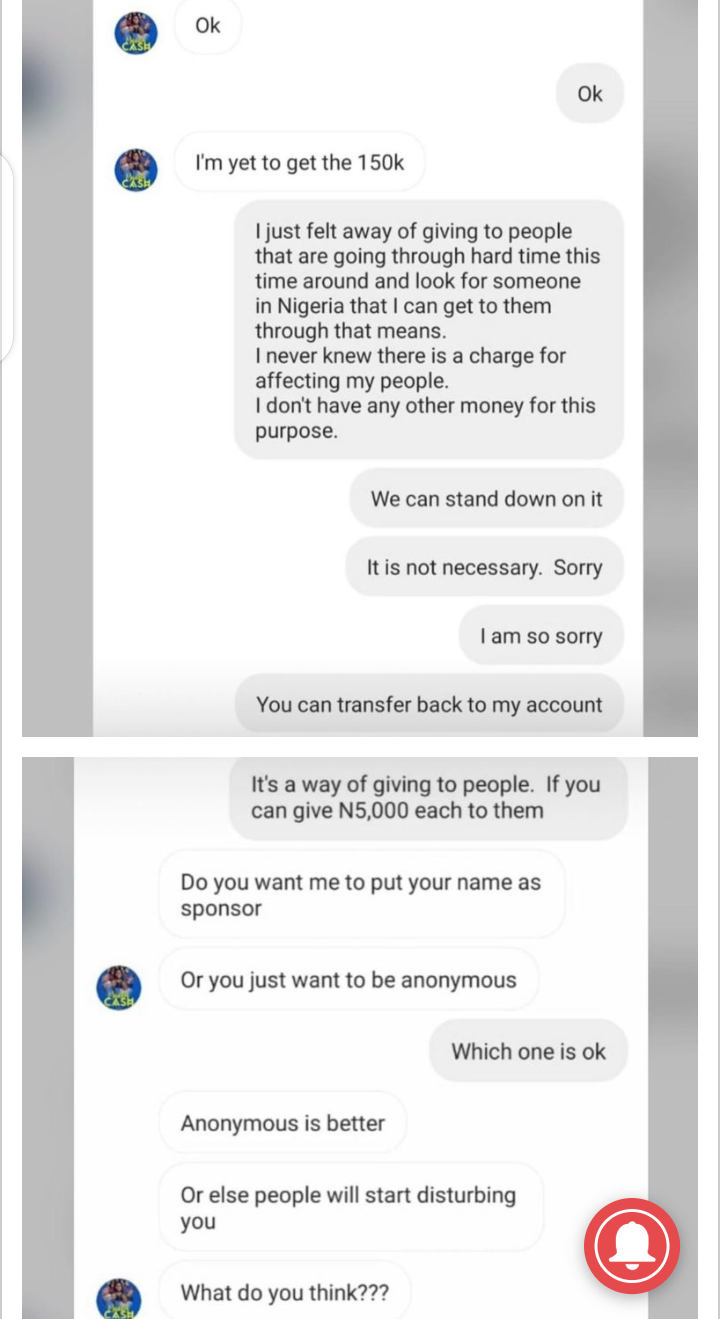