Since she made the comment, many have been pointing that she made the remark in reaction to her trial by the Lagos state government for violating social gathering order when she organised a birthday party for her husband, JJC.

Shortly after she was prosecuted by the state government, she has since made a public apology over the incident.

God’s plan is bigger than your mistakes 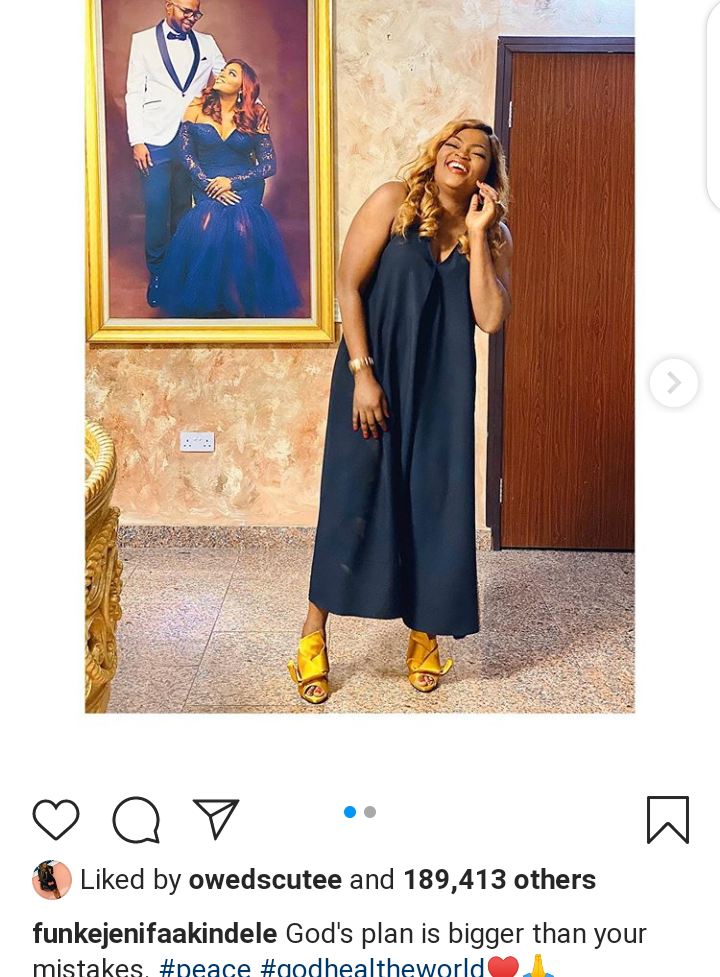