Popular Nigerian singer, Temidayo Michael simply known and addressed as Zlatan Ibile says the lockdown of the nation by the federal government affects him as well.

According to the singer, he no longer sleeps at night as he tracks giveaways with the hope to get lucky so as yo buy food items in the house.

While we find this very hard to believe, the singer made the comment after a fan took to her Twitter handle late in the night to say the singer is already sleeping and she needs him to dash her some money. 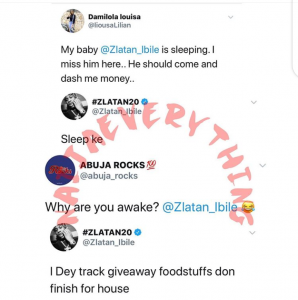