More than 16,744 poor households in Kaduna have received N20,000 each in the ongoing implementation of the Federal Government’s National Social Investment Programme.

N446.5 million have been disbursed by the federal government to 22,380 vulnerable households under the scheme to cushion the effects of coronavirus pandemic impact in the state.

This was made known by the Head of the Cash Transfer Unit in the state, Hajiya Hauwa Abdulrazaq, in an interview with the News Agency of Nigeria (NAN) on Thursday in Ikara Local Government Area of the state.

The disbursement according to Abdulrazaq which took place between April 7 and 15 had been concluded in eight out of the nine benefiting Local Government Areas of the state.

She noted that the programme began in the state in 2017 with about 10,000 beneficiaries, but expanded to 22,380 beneficiaries in the current year.

“We have just concluded the disbursement of N61 million to 3,075 beneficiaries in Ikara local government area,” she said. 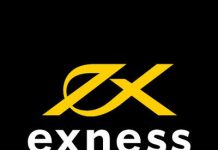 CBN: No Plan To Convert Domiciliary Accounts Into Naira