Nollywood actress, Mercy Aigbe, has taken to social media to share a throwback photo of herself as a student.

The photo was taken from when the actress was still a student of UNILAG studying creative arts. According to her, it was taken in 1999.

Sharing the photo which saw her posing alongside a friend she wrote;

The actress has since gone on to become one of the biggest actresses in Nigeria. 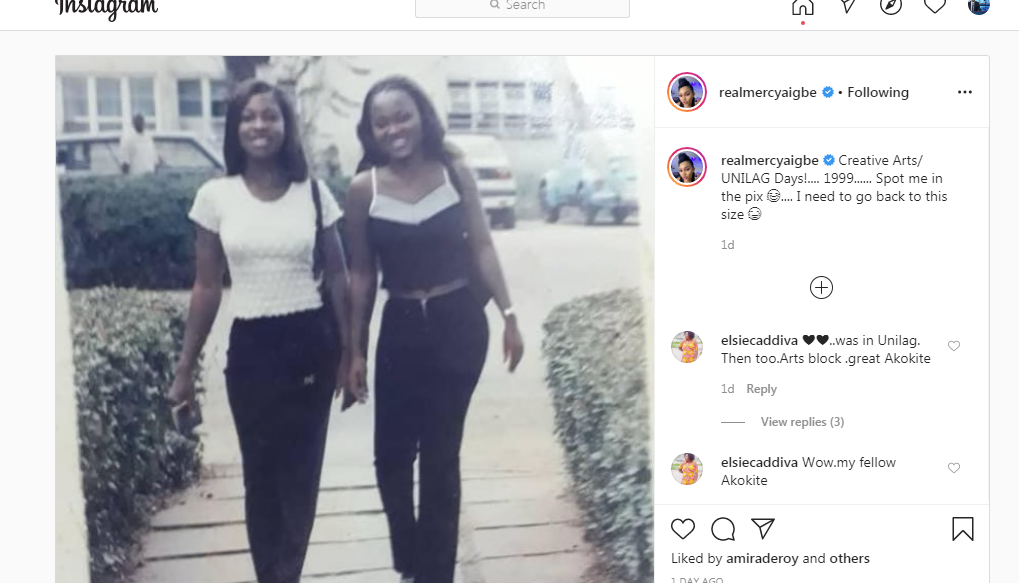