BBNaija star, Khloe has taken to her Instagram page to condemn the act of calling people out on social media.

This comes months after she publicly dragged her former classmates who bullied her.

In a new post on social media, the reality TV star stated she has never and will never initiate a social media call-out because it is stupid, dumb and a bad representation for anyone who has a career or intends to pursue one.

“I have never and will never initiate a social media “call out” especially with people I’ve been friends with before. It is stupid, dumb and a bad representation for anyone who has a career or intends to pursue one.

Constantly getting involved in social media fights is the lowest of lows especially when the other party doesn’t find you worthy to be dignified with a response. Stop already. You look and sound like a clown.

I appreciate confrontations and respect people who go that route. You got a problem with somebody you face them personally. But if you’re sure you have absolutely nothing to lose, all the best making a complete fool out of yourself on social media…

All for cheap validation from people who do not rate you.

I just wonder how some people turn friends  again after calling each other out and opening themselves yansh.. women are scum.” 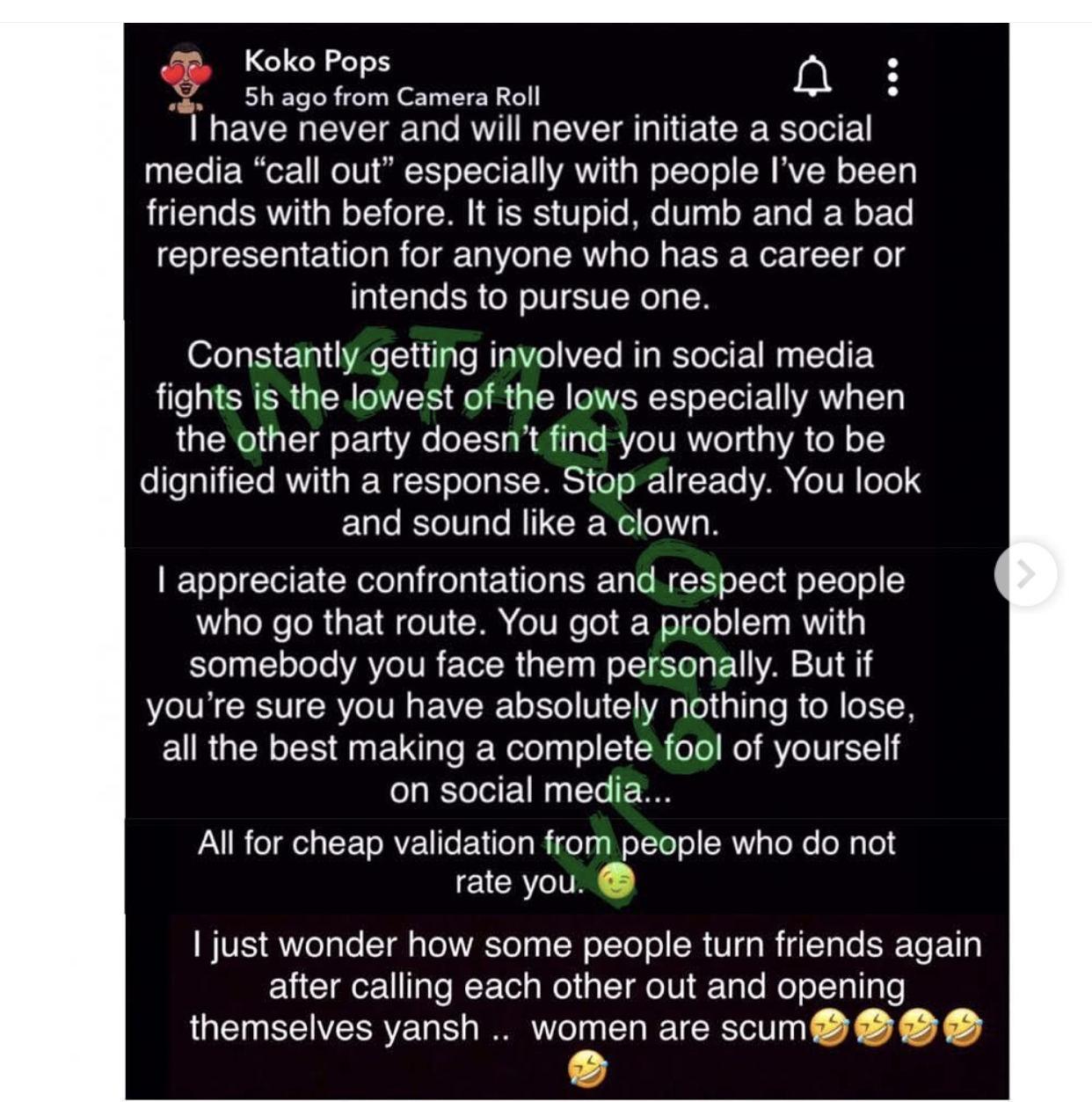