Entertainment writer, Joey Akan has shared his thoughts on the feud between Cynthia Morgan and music executive, Jude Okoye.

Reposting the contract between Cynthia Morgan and her former record label boss, Jude Okoye, which showed that the singer ”lied” about Jude Okoye making her sign a contract that caused her to lose her name, Instagram account, royalties and VEVO account, after they fell out, Akan stated that the contract was a very fair deal.

Taking to his Twitter page, Akan discussed the issue saying the deal is more of a father Christmas kind of deal. 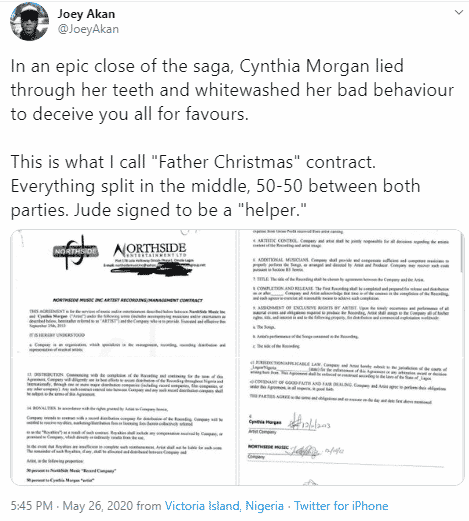 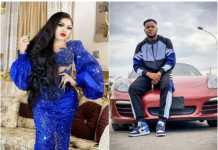 Inside Bobrisky And Zfancy’s Prank Saga