Former England Inteenational, Peter Crouch has shared that he has gotten a Nigerian passport.

Making the announcement via his official Twitter handle on Wednesday, 27th May, the lanky striker revealed that he is so excited with the new acquisition.

The ex- England International had an illustrious career with Liverpool before going on to join Stoke City later in his career.

He also represented the English national team side at various levels and is famous for scoring so many headed goals.

See screenshot of what he wrote below: 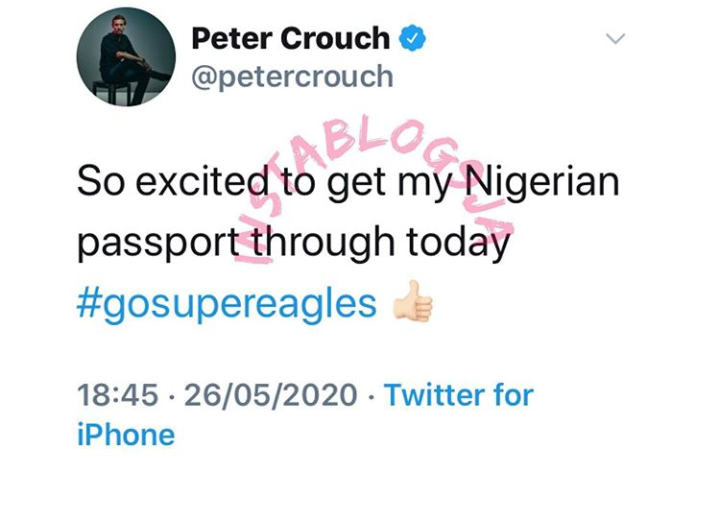