Bashir Ahmad, the presidential aide on new media is currently trending in social media after vowing to contact people who can influence the court’s ruling on the case of Yunusa vs Ese Oruru.

The court had sentenced Yunusa to 26 years imprisonment for abducting and impregnating Ese Oruru.

Commenting on the ruling in Hausa language via a now deleted tweet on his official Twitter handle, Bashir said although he does not have the power to influence the court ruling, he said he would contact people who have the power.

Since he made the comment, Nigerians have been bashing him on social media. 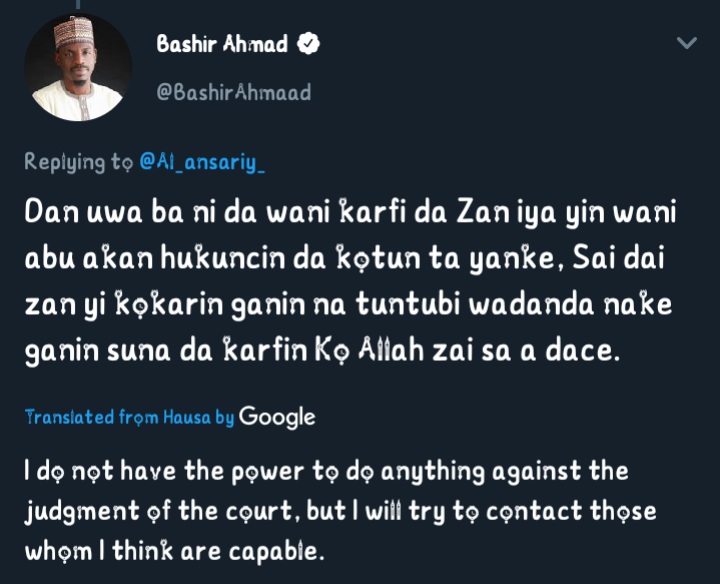 What Nigerians are saying below:

Bashir is a reminder that the effect of Buhari’s lawlessness will not only destroy institutions, but it has also affected a younger generation of politicians who now believe that anything goes, and judgement can be influenced.
There are many Bashirs in this regime.

It’s not material whether Bashir knew about the nature of the case or not. What’s material to me, is the fact that he outrightly hinted to us, the manipulation and influence over judicial decision by powerful politicians.
This is our democracy out the window and in the thrash.

Bashir deliberately replied the tweet in Hausa. To hell with him and his lies, i have never been angrier in my life about a post.