Cynthia Morgan‘s former manager, Joy Tongo has come out to open a can of worms on the embattled dance hall singer.

Speaking via her social media account, she accused the popular singer of using her own hands to destroy her once glittering musical career.

Also, she said the former rave of the moment owes her as much as 30,000 dollars.

Conclusively, she accused her of being manipulative and sleeky.

She made the comments after the popular singer came out to open about depression and financial constraints. 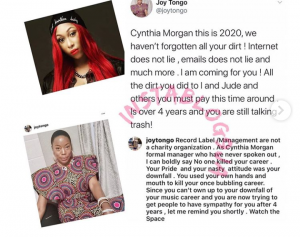 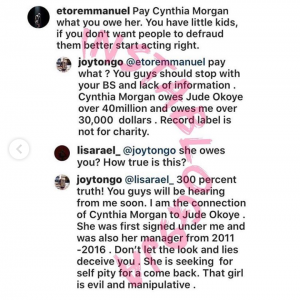