While music lovers are still to come to terms with the Cynthia Morgan situation, another ex-artist of the defunct Psquare musical group, May D has come out to open a can of worms in them.

May D in his comment alleged that he was made to sleep in their boys quarters despite their other duplex wing being empty when he already had a big song.

Read Also: Mr May D Reacts To News That He Is Now An Uber Driver (Photo)

He added that he was made to sleep on empty television carton with his shirt as pillow. 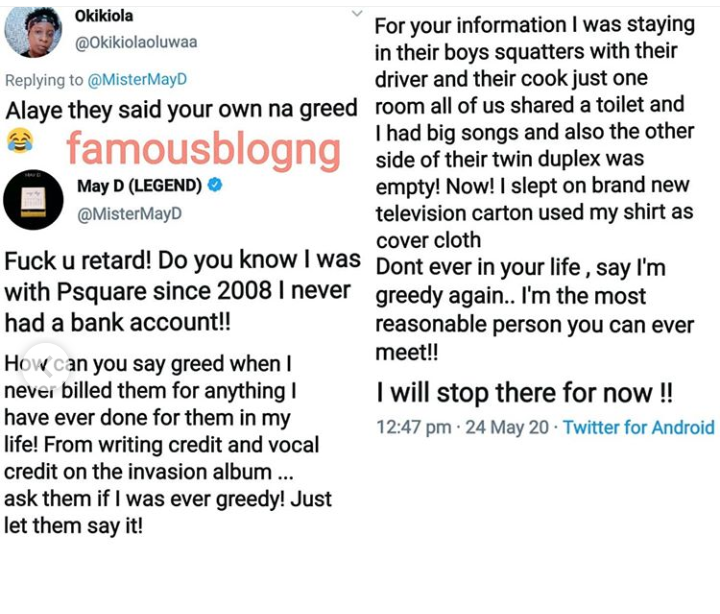