According to Kemi, Linda doesn’t have it all, alleging that her only son, Jayce has identity crises.

Read Also: “When I Was Growing Up, All The Petty Armed Robbers Were Igbos” – Kemi Olunloyo

Kemi further stated that Linda is not as rich as she claims and alleged that billionaire Dudafa gave her ‘N242M Dasuki money’.

“LINDA DOESN’T HAVE IT ALL. Her son has an identity crisis. She stole Jeremi’s used condom according to SDK and did IVF. Lied about a surrogate pregnancy, her wealth doesn’t exist. Her car a gift, Dudafa gave her N242M Dasuki money she admitted to, nobody knows her in N. America” 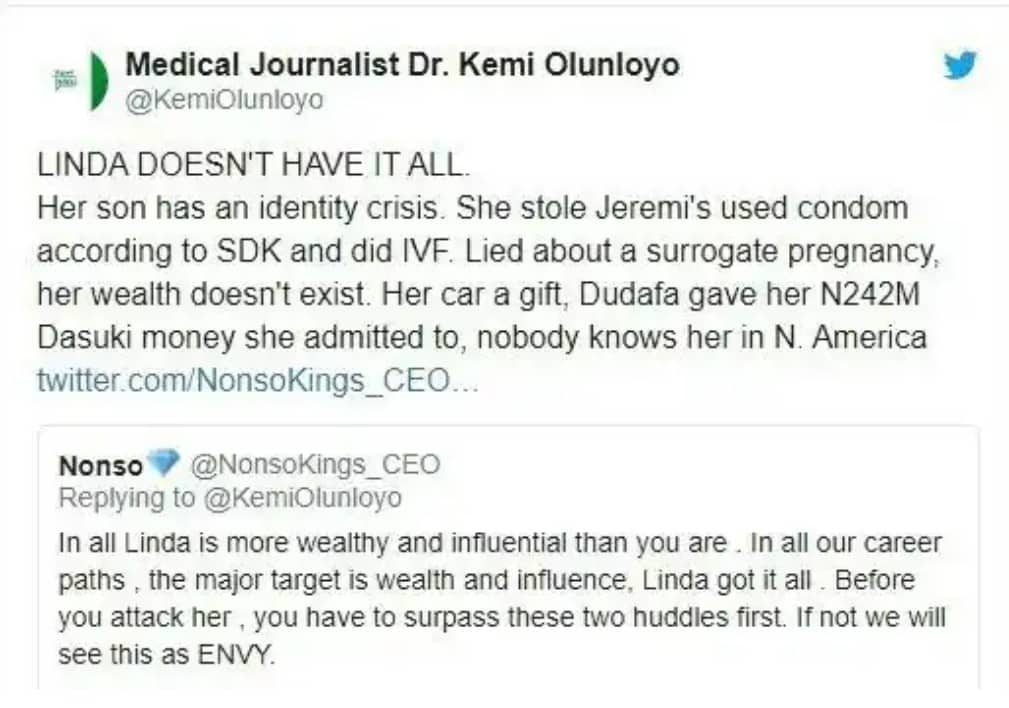