Delectable actress, Yvonne Nelson has queried if marriage is some sort of achievement or a degree.

The screen diva made the remark after a curious fan sought to know when she would be walking down the aisle.

The fan identified as Manuel Sarfo took to the comment section of her recent post to ask the actress when she would be getting married. “When are you getting married?”, the fan asked.

Read Also: Yvonne Nelson Slams Celebrities Who Have Been Donating To The Poor And Publicizing It

Reacting to this, Yvonne Nelson aired her personal opinion about marriage, noting that it is neither a degree nor an achievement so nobody should ever be pressurised into it.

In her words;
“Is that an achievement? It is not a DEGREE”. 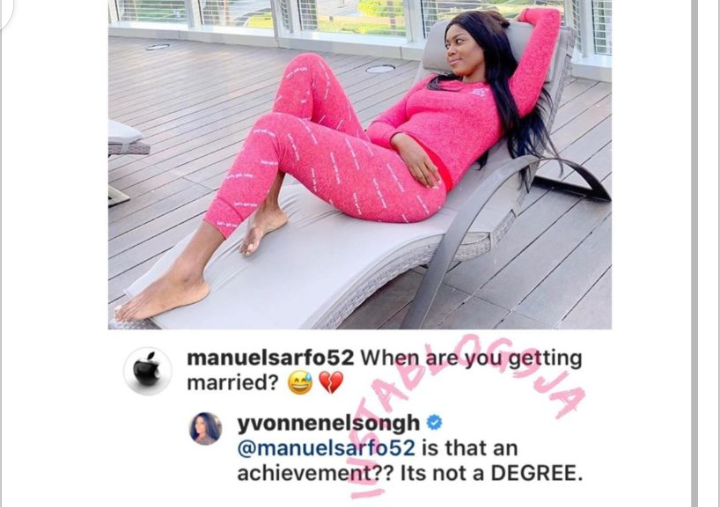