A man has been called out on social media after he allegedly battered his wife then had the courage to boast about it on Facebook.

The man, with the name Afobaje Maiyegun, after sharing the post, also challenged the police to come and arrest him.

Sharing photos of his bleeding wife, he wrote: “I beat my wife and am waiting for her police because I talk to a woman.” 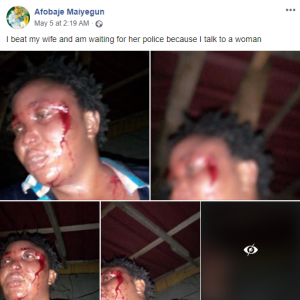 Many have since taken to his Facebook comment section to drag him for the evil act and also share his photo for the world to see. 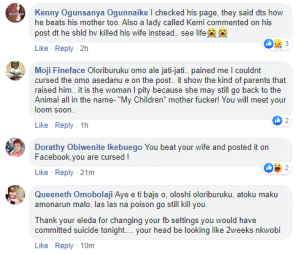 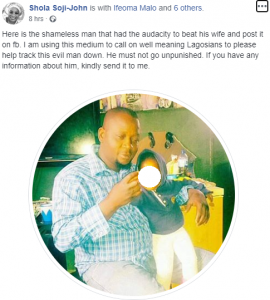