Popular Nigerian singer, Davido has admitted that he loves the amount of influence he is capable of wielding on social media.

This comes after the singer was bashed and accused of seeking clout because he reached out to his embattled colleague, Cynthia Morgan and promised to feature her in one of his new songs.

The multi-award winning singer took to his Instagram story to agree with his critics that he loves clout.

“If helping pple for clout still does the job and changes lives…I love clout fem.” 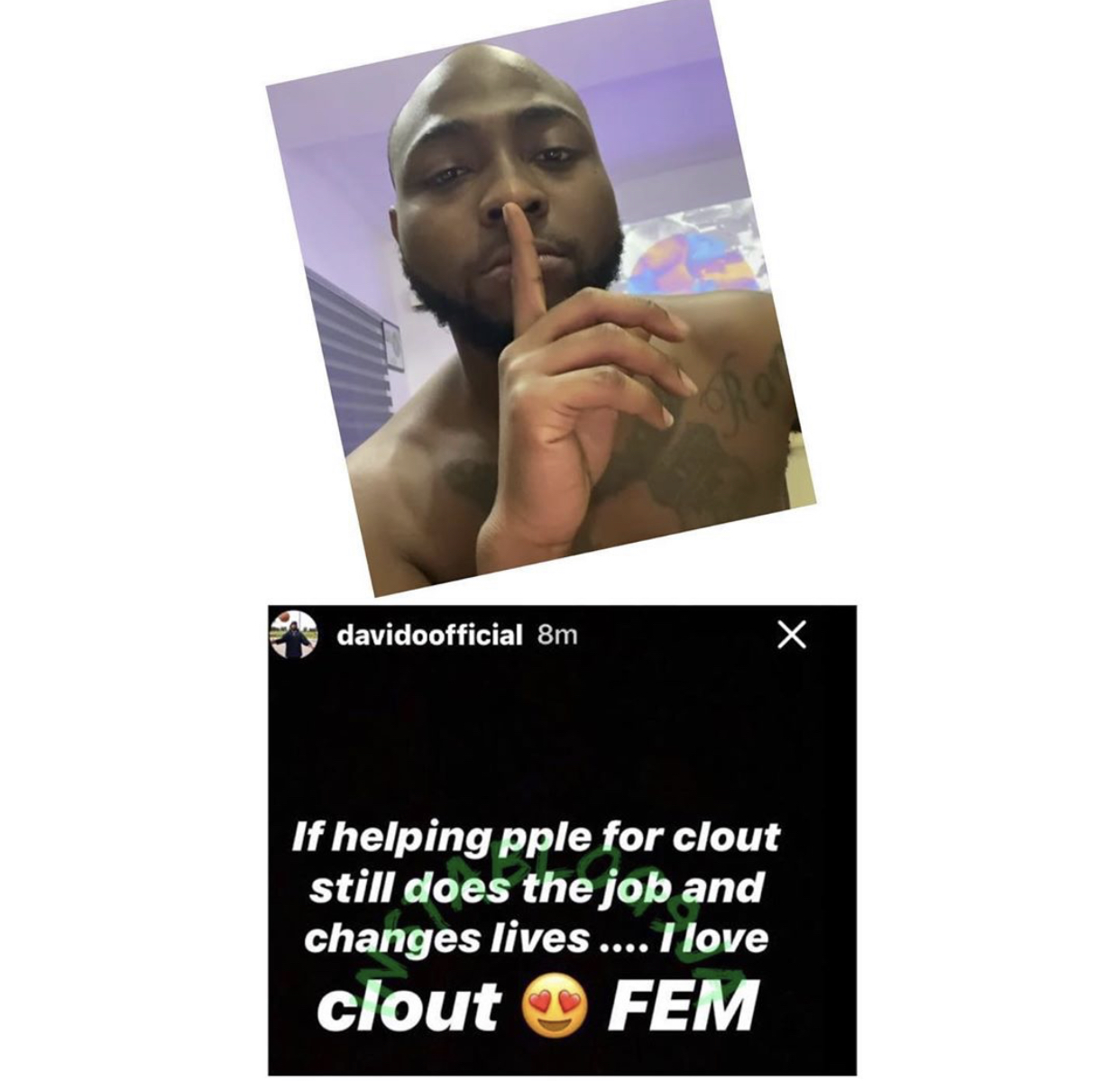