Fans of former Big Brother Nigeria housemate, Natacha Akide simply known and addressed as Tacha are no doubt one of the most loyal fans in the world.

According to the reality TV star, her fans who are known as Titans have bought her products despite not seeing them yet.

The reality TV star shared screen shot of payments they have made to her via her official social media page on Thursday, 28th May.

This is despite the fact that she announce that the products would be available from June 1st.

See what she shared below: 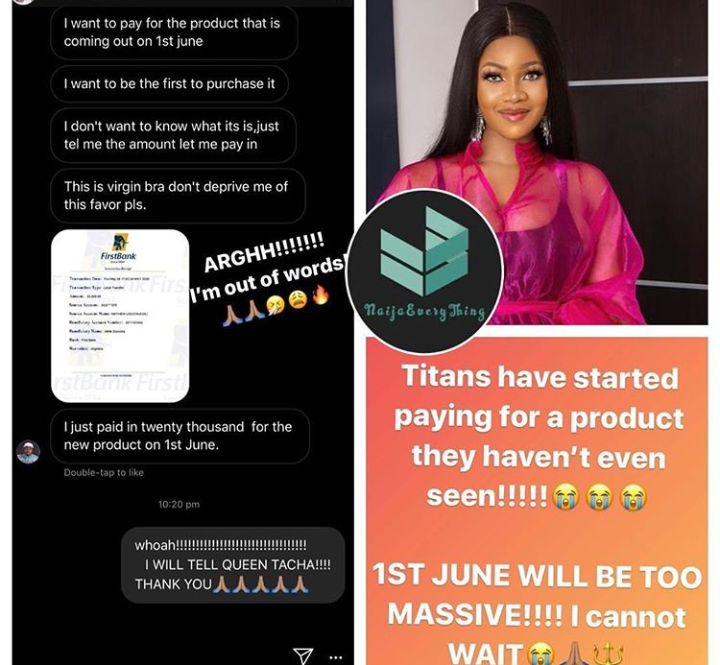