Embattled reggae-dancehall singer, Cynthia Morgan now known as Madrina Morgan has issued an unreserved apology to her former record label owner, Jude Okoye as well as former manager, Joy Tongo following the drama that ensued between them in the last couple of days.

Speaking via a press release, the singer agreed that she erred on her part and also revealed that she was younger at the time everything played out.

She then concluded by saying she would not take the new opportunity she has been given for granted.

See screenshot of her press release below: 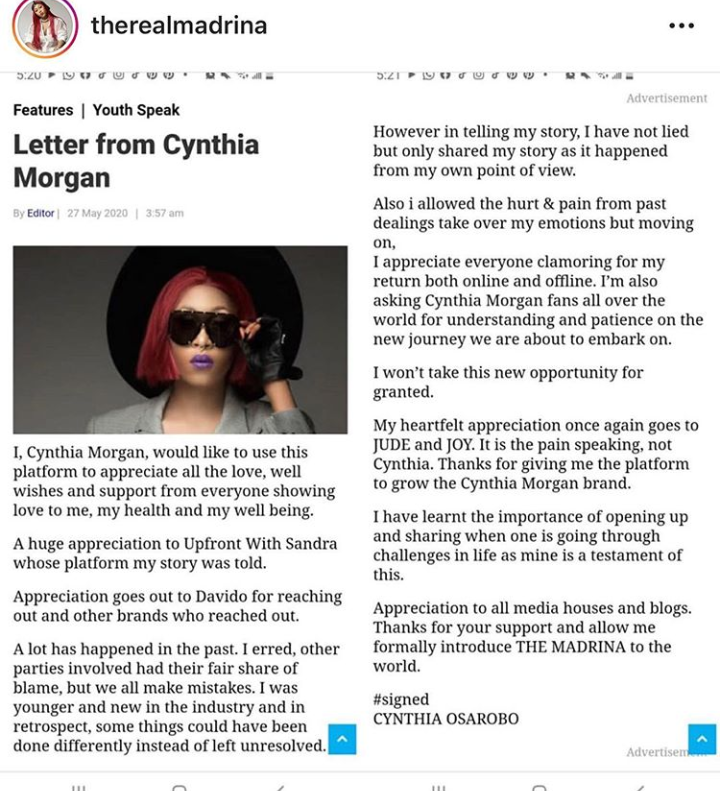