During the protest which held in Watford, the Nigerian born British fighter addressed those gathered over a microphone while sharing that he sustained the injury during a recent training.

His spokesman also confirmed that that the injury is not serious.

Read Also: Anthony Joshua Opens Up On Why He Doesn’t Have A Girlfriend

He said: ‘Anthony felt a slight twinge in his knee whilst training. The brace Is a precautionary measure on the advice of physios. It will be further checked by his doctors but there is no immediate concern.’ 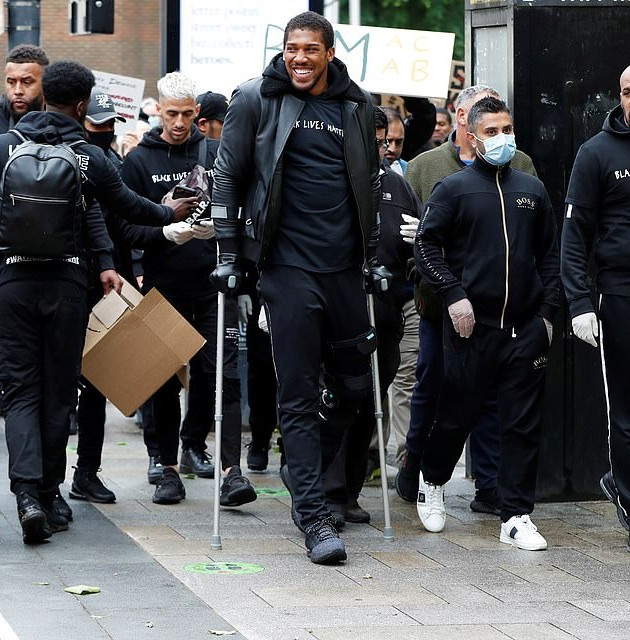