Day 8 of the BBNaija 2019 Reunion show was about evictions and one of the ex-housemates, Thelma had something to get off her chest.

The reality star said she believes she didn’t deserve to leave the show early because she possesses an interesting personality.

In her opinion, she got evicted as a result of the fight she had with Tacha while in the House.

The duo fought over fish in the beginning of the show.

The reality star explained that Tacha already had a fanbase before she joined the reality show.

Thelma also said that Tacha’s fans behave like her and they support her even when she is wrong.

According to her, they will always go to social media to defend her.

Reacting to statement, Tacha said Thelma to should call her so she could buy her ‘fish’.


Read Also: Mercy Lashes Out At Omashola For Slut-Shaming Her (Video) 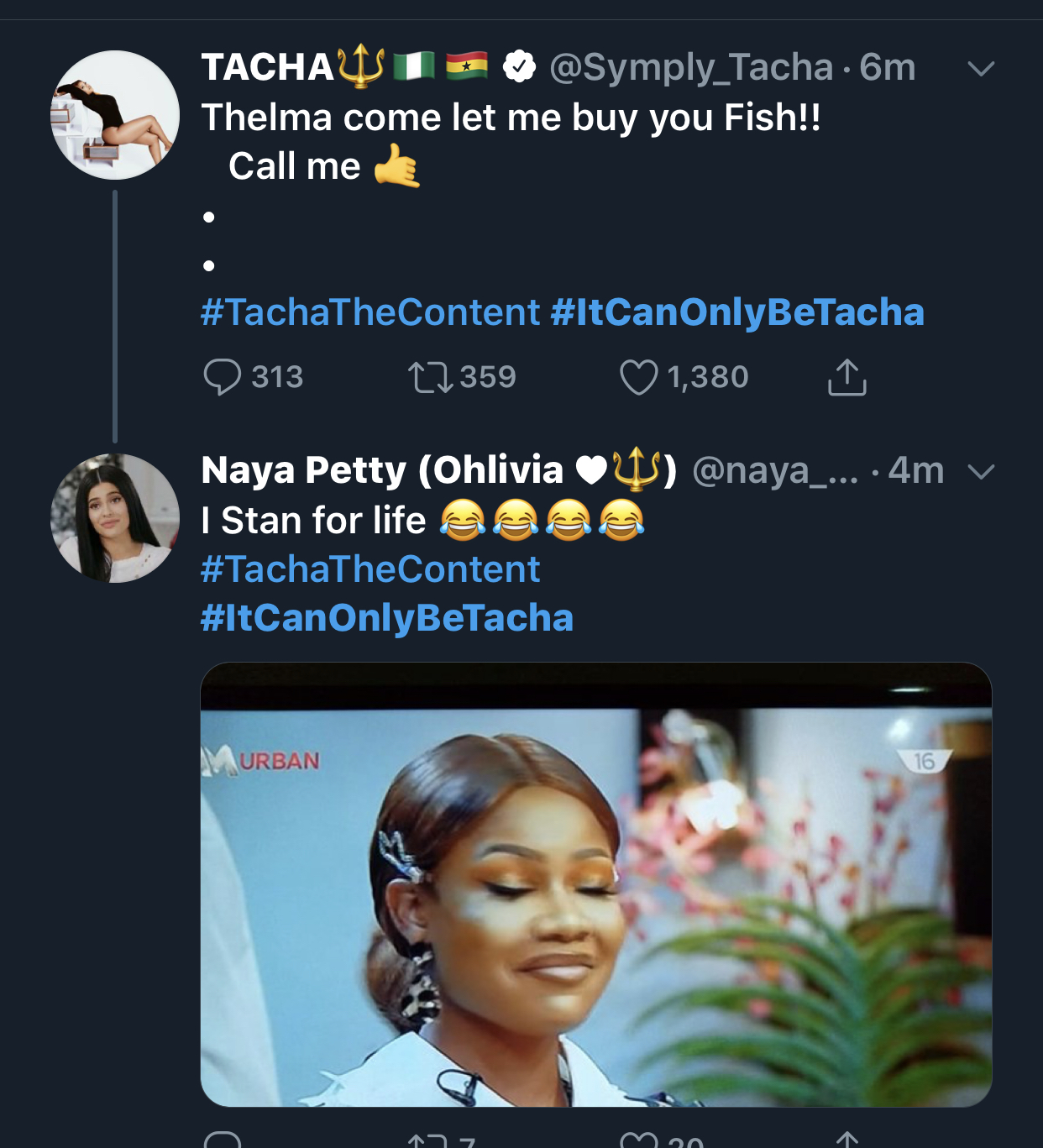