Taking to Twitter, the actress shared a lengthy post in which she put a call through to Seyitan who confined she was arrested two days ago in Lagos.

“I just spoke to @seyitannn_ . She’s ok now. She was arrested and had all her things seized & left in a cell with criminals. D’banj’ team pressured her into those tweets & threatened to leave her in prison if she didn’t recant the allegation.

D’banj told Seyitan that he has paid his lawyers 25m & she doesn’t stand a chance against him.
THE POOR GIRLIS SCARED & obviously doesn’t have the money/resources to fight this!

WE CANNOT ALLOW MONEY/POWER/STATUS to silence @seyitannn_ !!!!
@iamdbanj you are foul & disgusting. I knew that from our ‘encounter’ in LA. But this?? No.

RIGHT IS RIGHT. WRONG IS WRONG! Celebrity or not! Fuvk all that!

DEMAND THAT @hotel_glee RELEASE THE CCTV FOOTAGE FROM THAT DAY!!!!

LASTLY, for the people telling me “stay out of it” blah blah blah. I pray nothing like this happens to you, or someone you care about before you care.“ 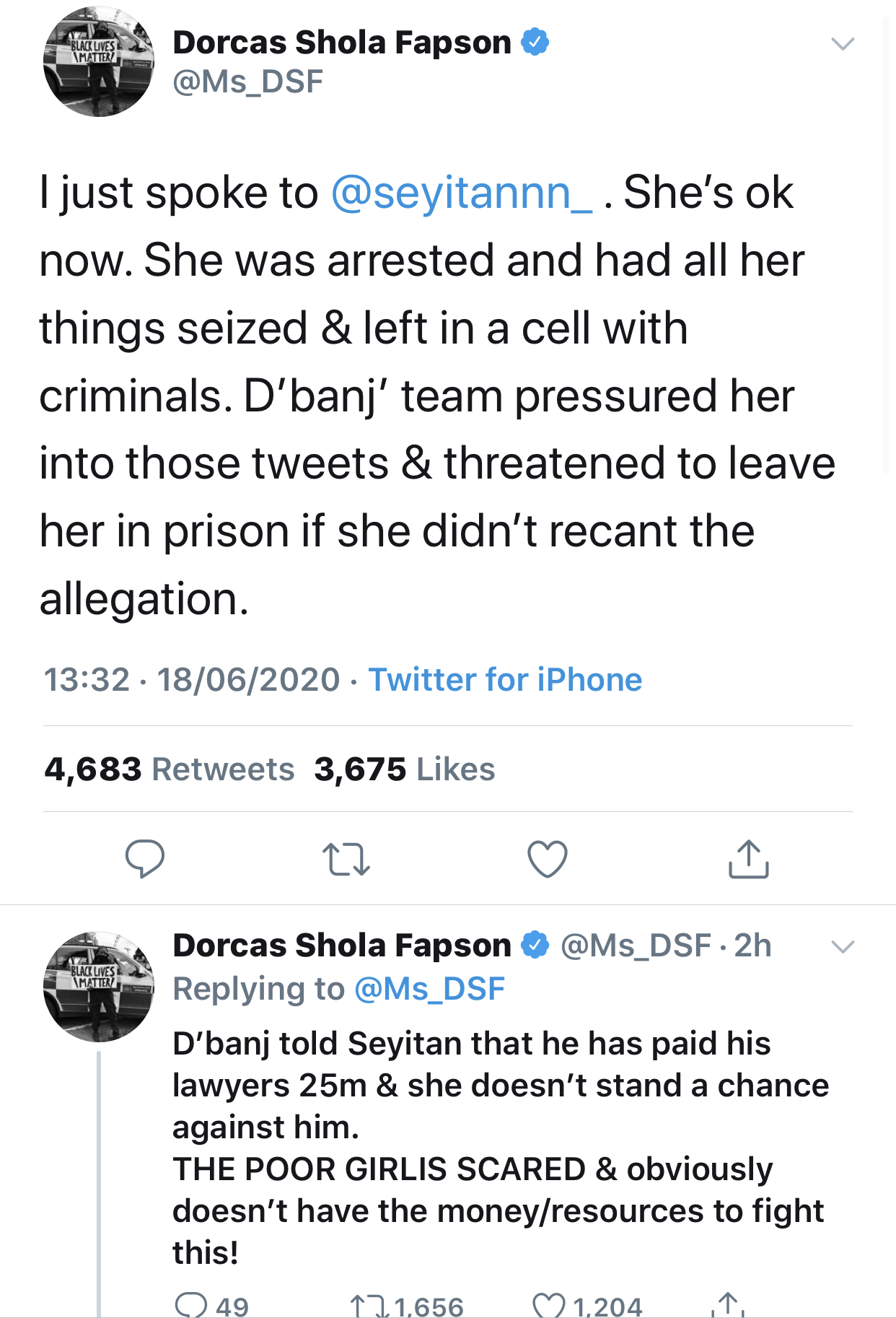 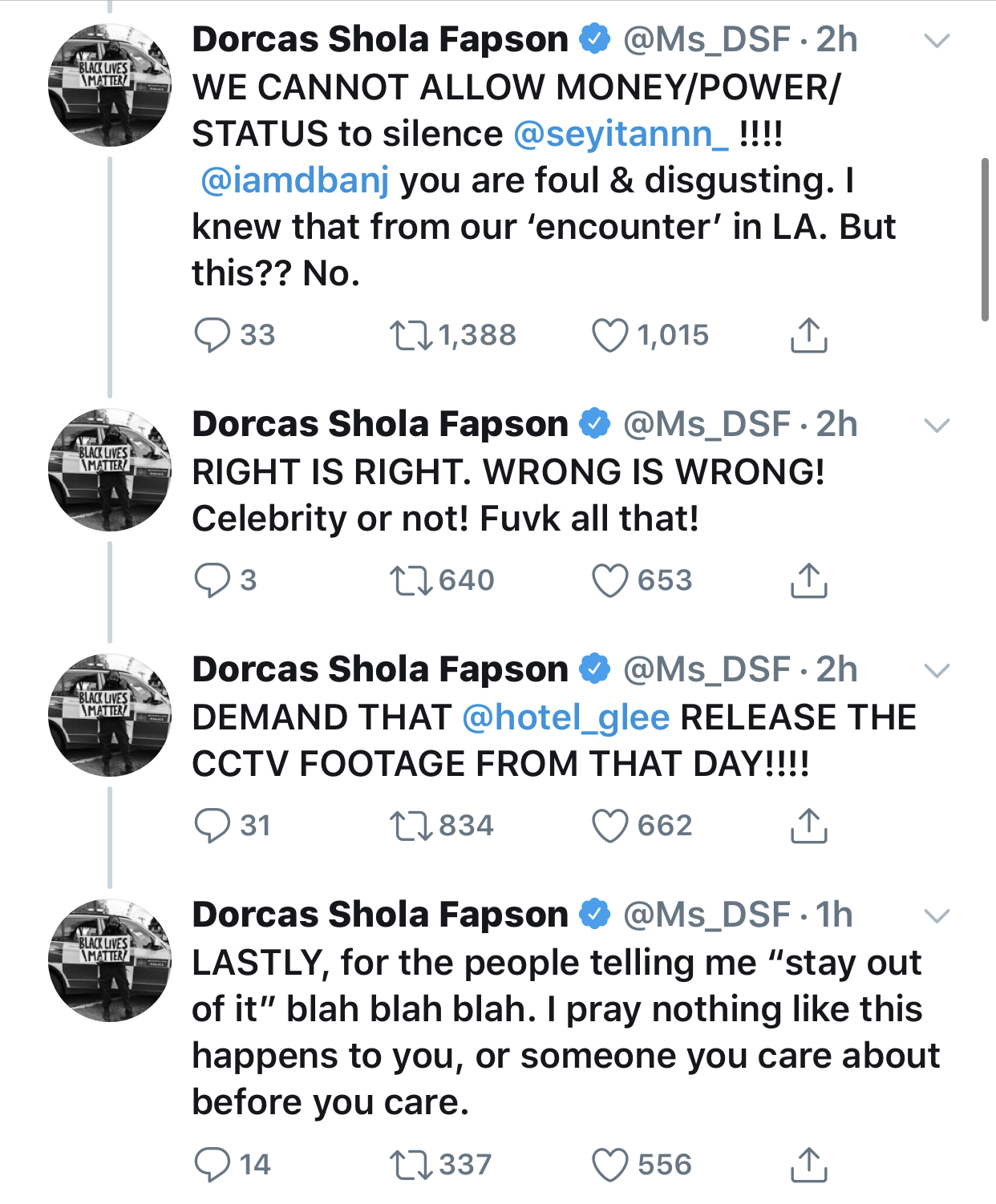