Home Entertainment ‘Half Caste Is The Most Derogatory Term To Describe A Person Of...
Facebook
Twitter
WhatsApp

Popular Ghanaian actress, Juliet Ibrahim believes ‘half caste’ is a derogatory term used to describe a person of mixed race or ethnicity.

“I had a random conversation the other day with someone and it was appalling when he mentioned passively to me that he doesn’t see me as a #Blackwoman ! He argued, you are not “black enough” your skin isn’t dark enough, your hair not kinky enough. And thus my siblings and I do not “count” as Black.

Now this is Exactly, what we are fighting to correct amongst ourselves and the world at large. I am a black woman! When I’m abroad amongst the whites, I am classified and recognized as a black woman, however, right amongst us Africans I’ll be referred to as a Half-Caste! This is the most derogatory term to describe a person of mixed race or mixed ethnicity.

We are referred to as mixed race or multi-racial! Mixed race people are no less black than their dark-skinned counterparts. So, let’s all say NO to RACISM, TRIBALISM, COLORISM and SEGREGATION. Let’s teach and train our children to grow up and accept people for who they are and not by the color of their skin.“

Read Also: ‘Ike And Tacha Were Disrespectful To Me On Social Media’ – Mercy Eke (Video) 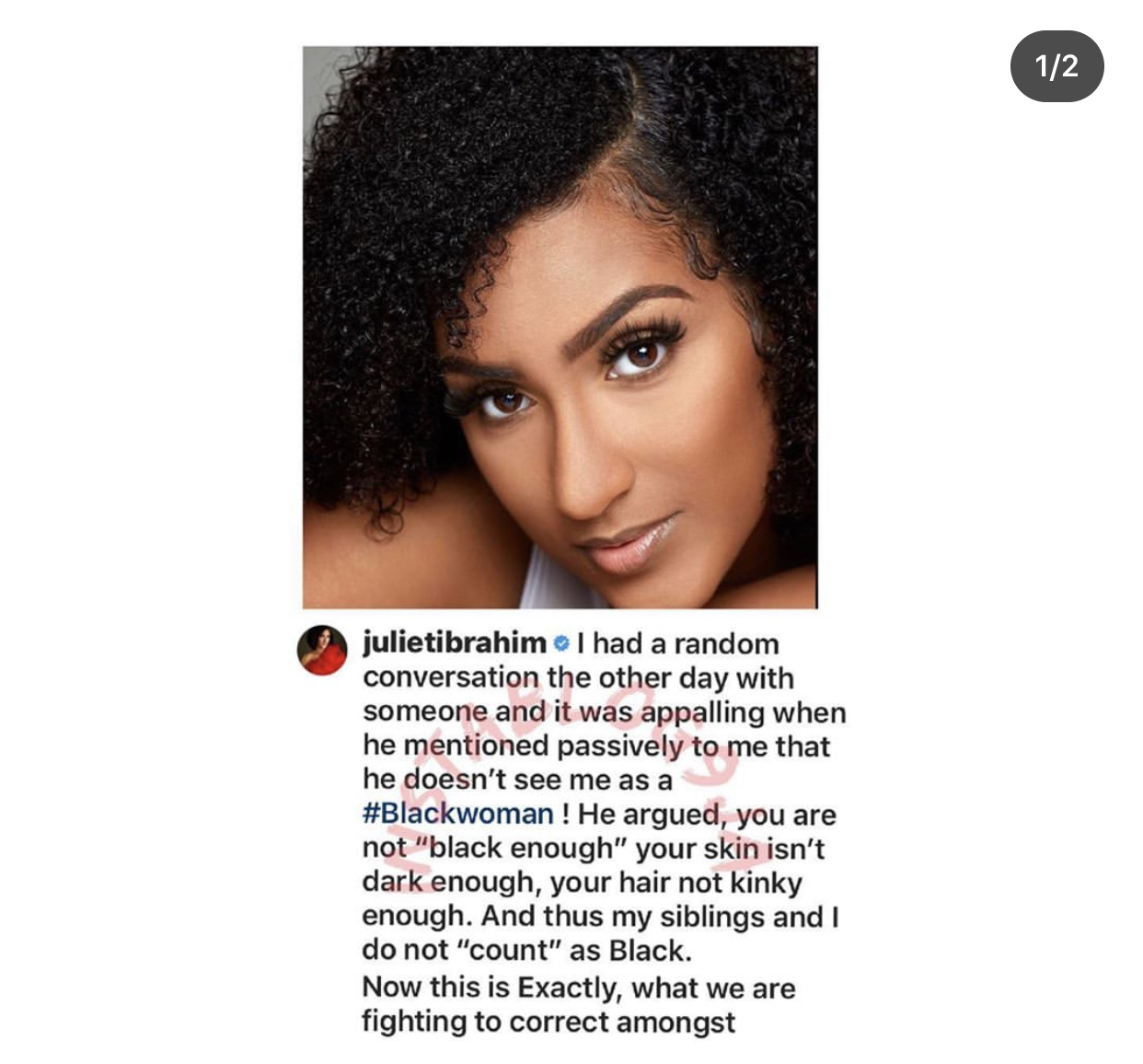 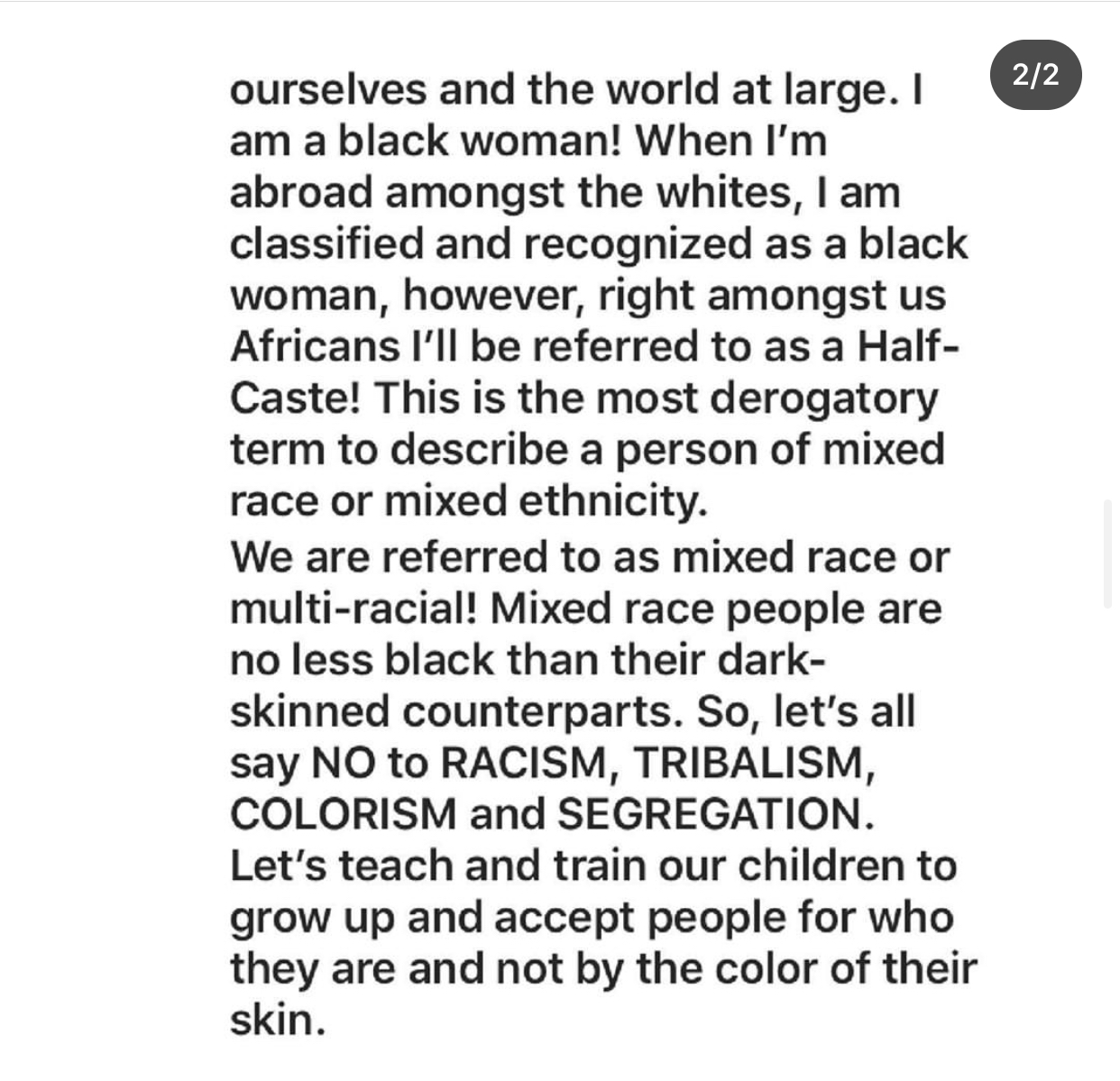