The Economic and Financial Crimes Commission, EFCC, released a statement on Thursday in which popular Instagram celebrity, Hushpuppi was described as “Nigeria’s most-wanted hacker”.

Information Nigeria recalls the Instagram celebrity, whose real name is Ramoni Igbalode, was recently arrested in the United Arab Emirates over fraud allegations.

Dele Oyewale, the spokesperson for EFCC, said the anti-graft agency is working with the Federal Bureau of Investigation (FBI) to track down other fraudsters directly involved with Hushpuppi.

The Commission is familiar with grisly details of his money laundering transactions, involving many high-profile cyber criminals facing trial in Nigeria.

The Commission is engaging with the FBI in tracing victims of his fraudulent transactions and other fraudsters having direct involvement with him. Local cyber criminals with money laundering networks with him, are also being investigated.

Hushpuppi was arrested on Wednesday, June 10, 2020 in the United Arab Emirates in connection with an alleged $35million ventilator scam.”


Read Also: Hushpuppi To Be Prosecuted For Multiple Fraud Charges In Dubai

See screenshots of the statement below: 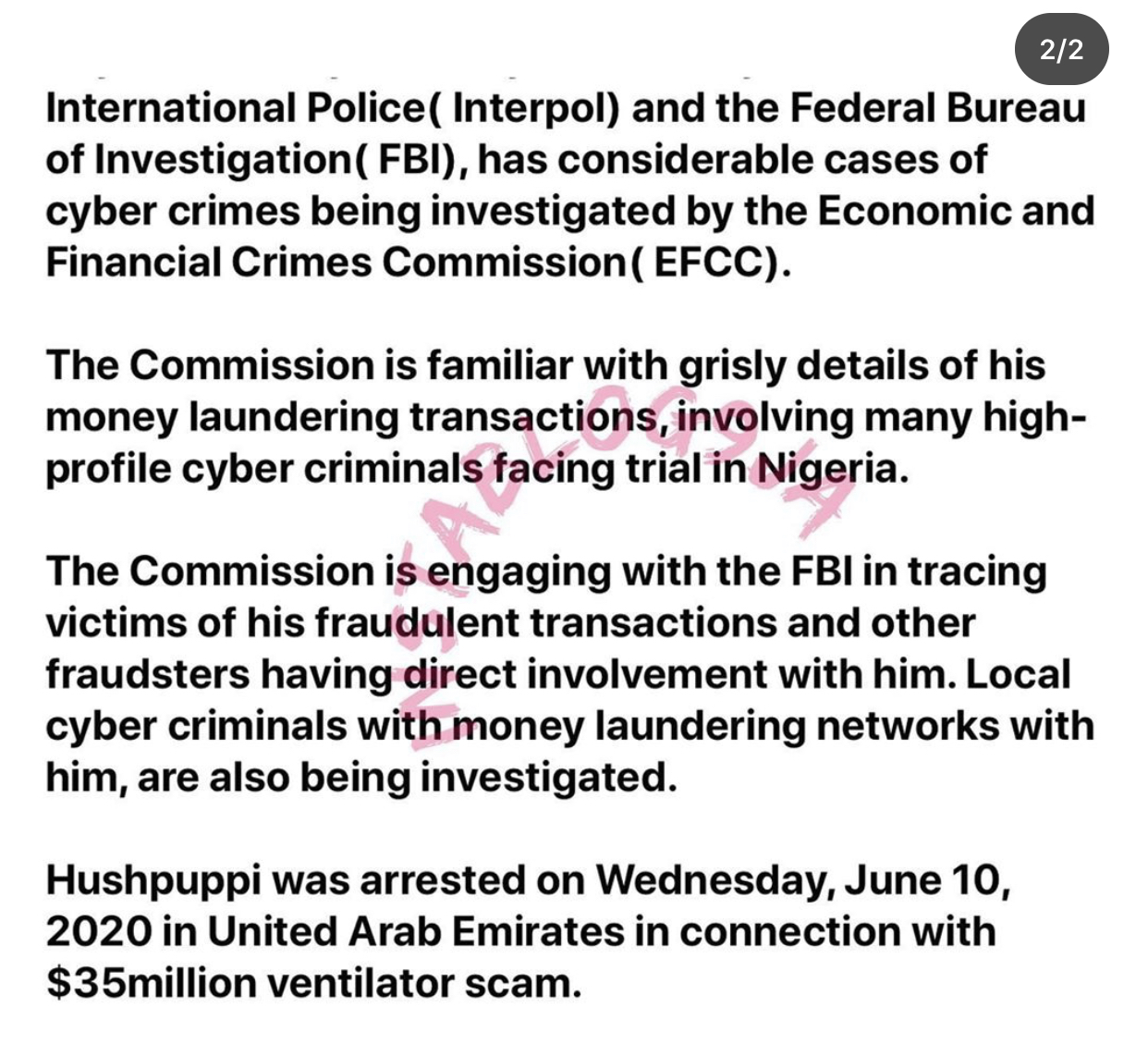