Popular reality TV star, Khafi took to Twitter to announce that she has just been removed from the Big Brother Naija Pepper Dem housemates group chat.

Fellow pepper them housemates removed her from their WhatsApp group after she stated earlier that the reunion show has become ‘Toxic’.

Khafi, in a round of tweet, shared reasons certain things shouldn’t have been allowed to air on the show.

Taking to the micro-blogging site, the actress shared a screenshot with a caption which reads;

“Lol I’ve just seen that I’ve been removed from the WhatsApp group. Thanks for saving me the trouble guys” 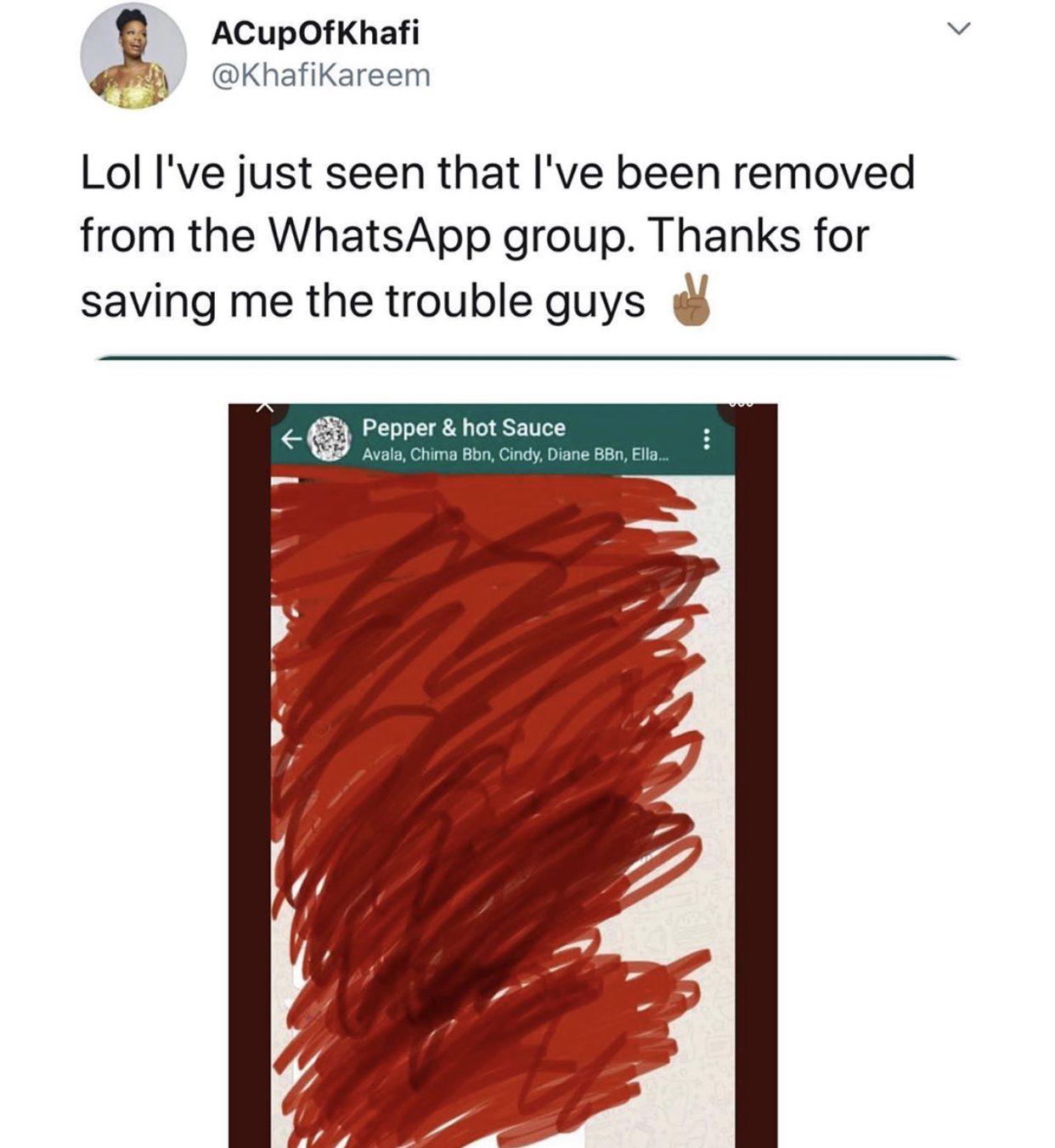 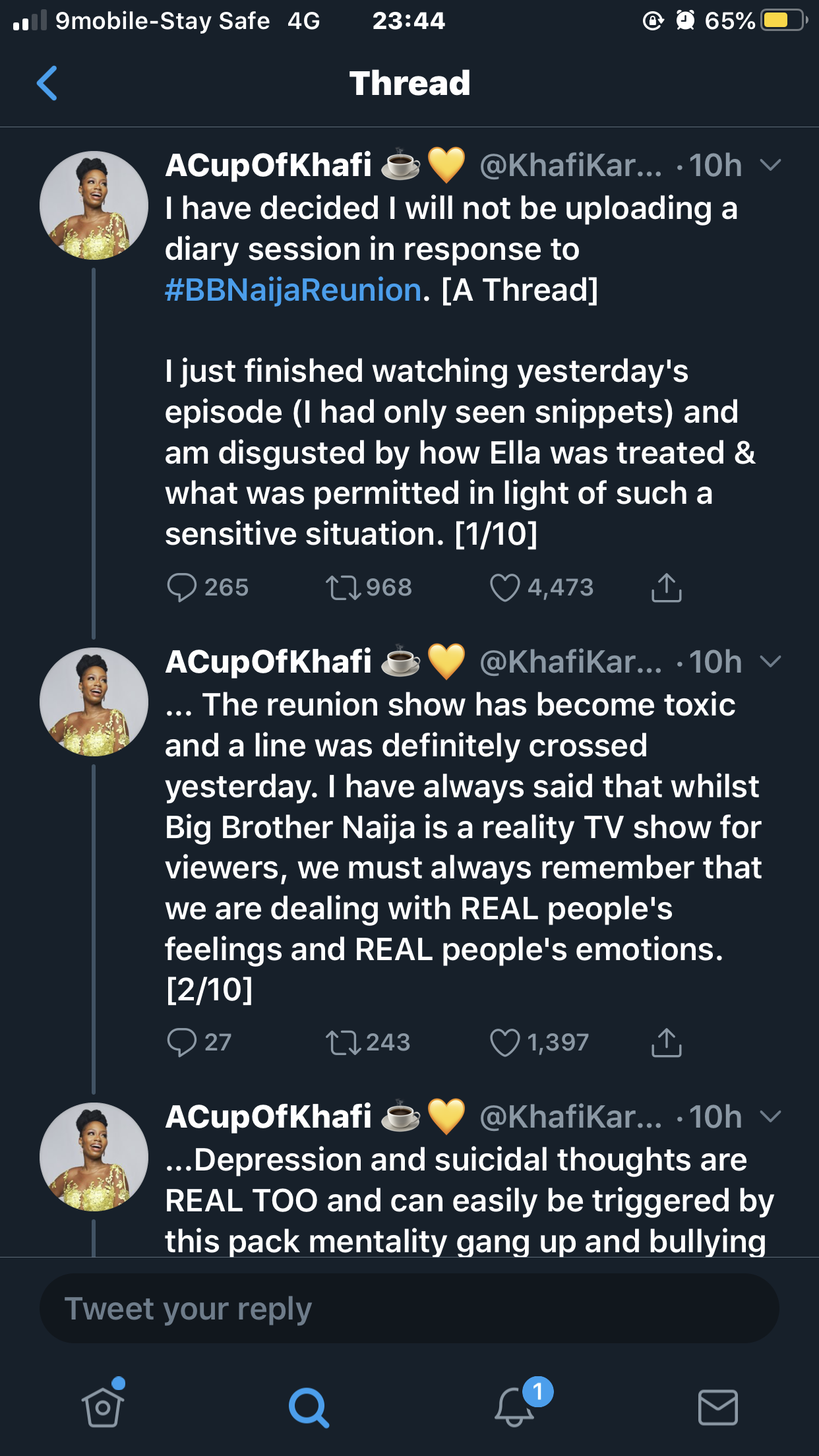 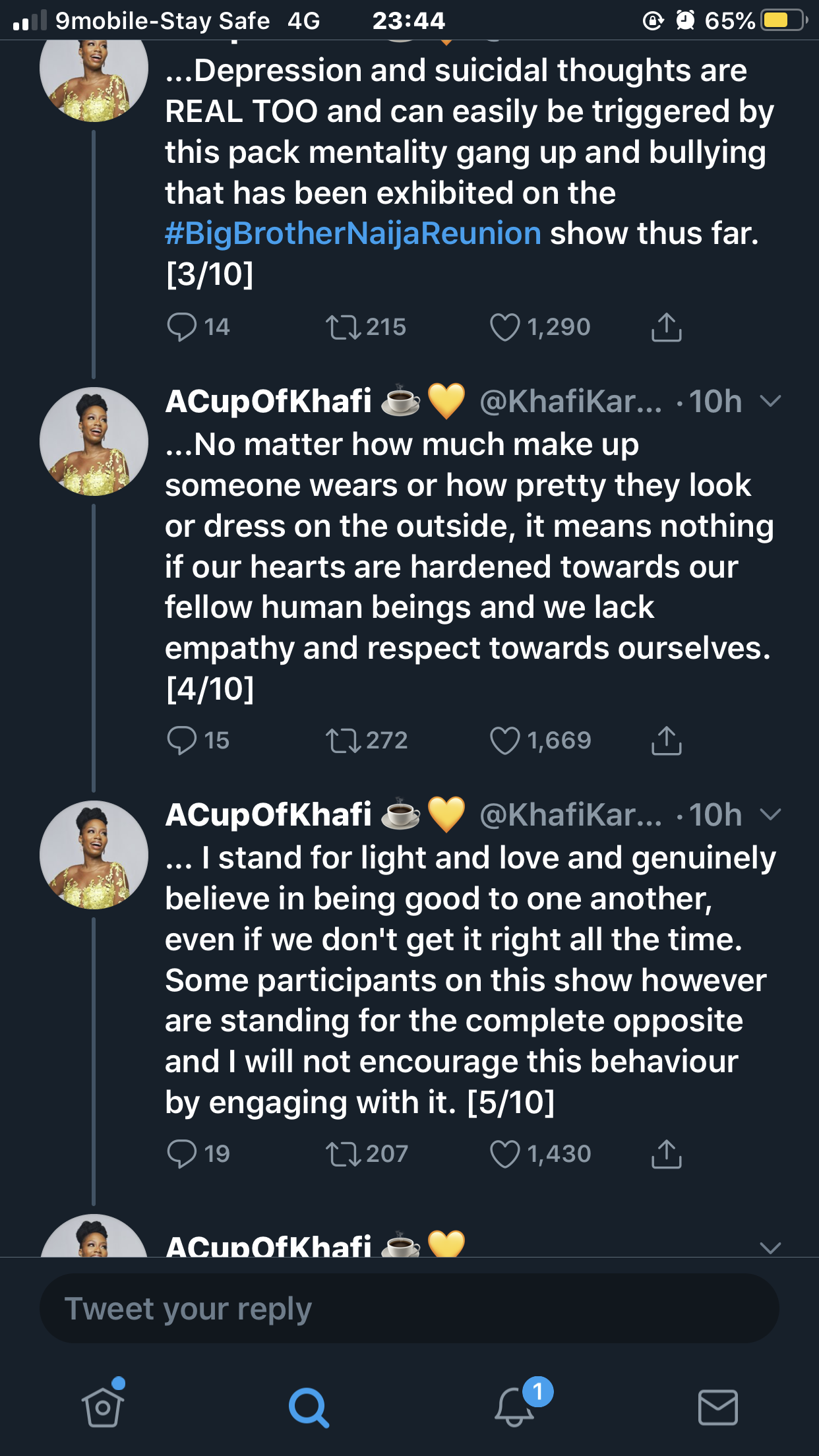 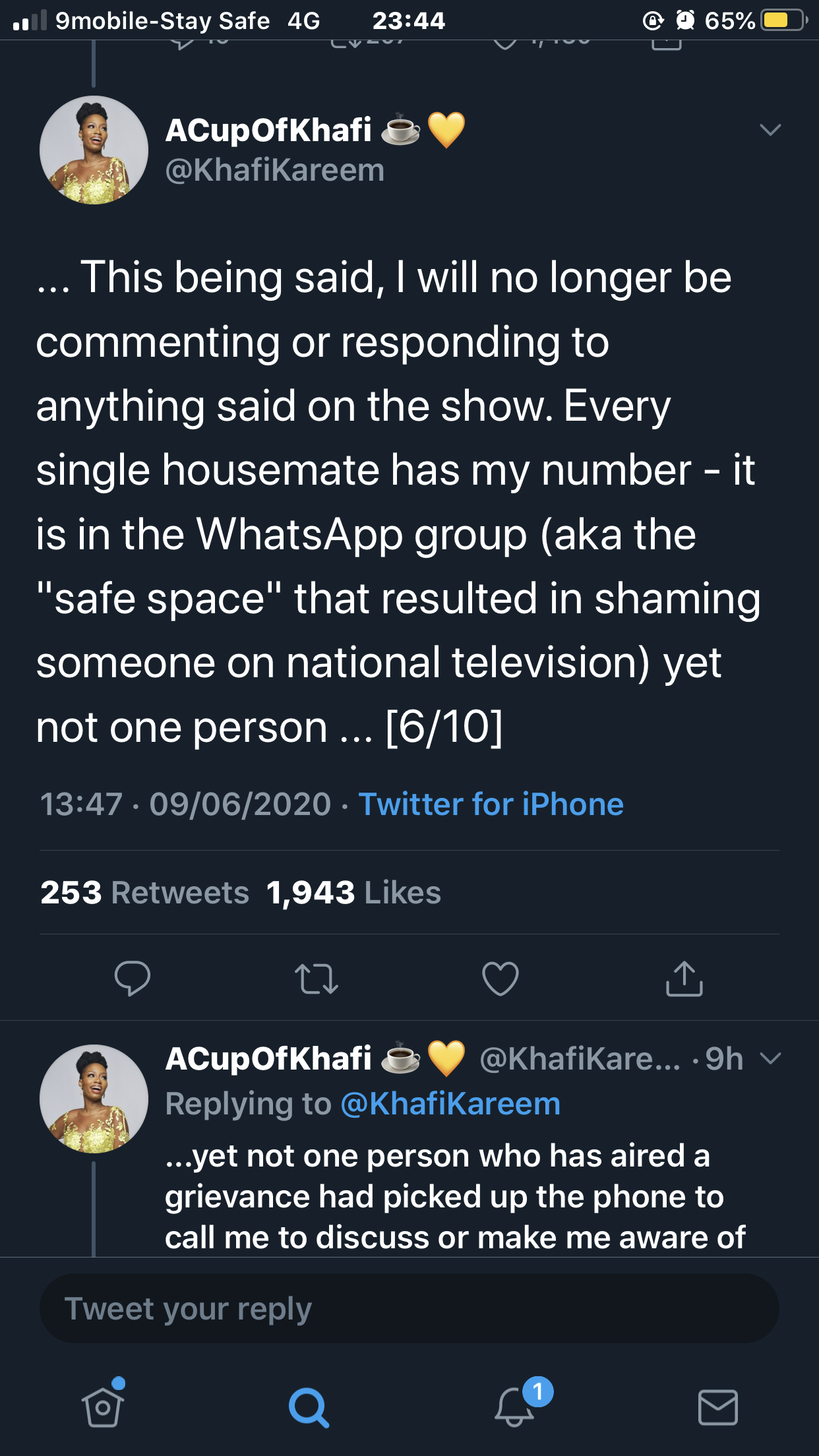 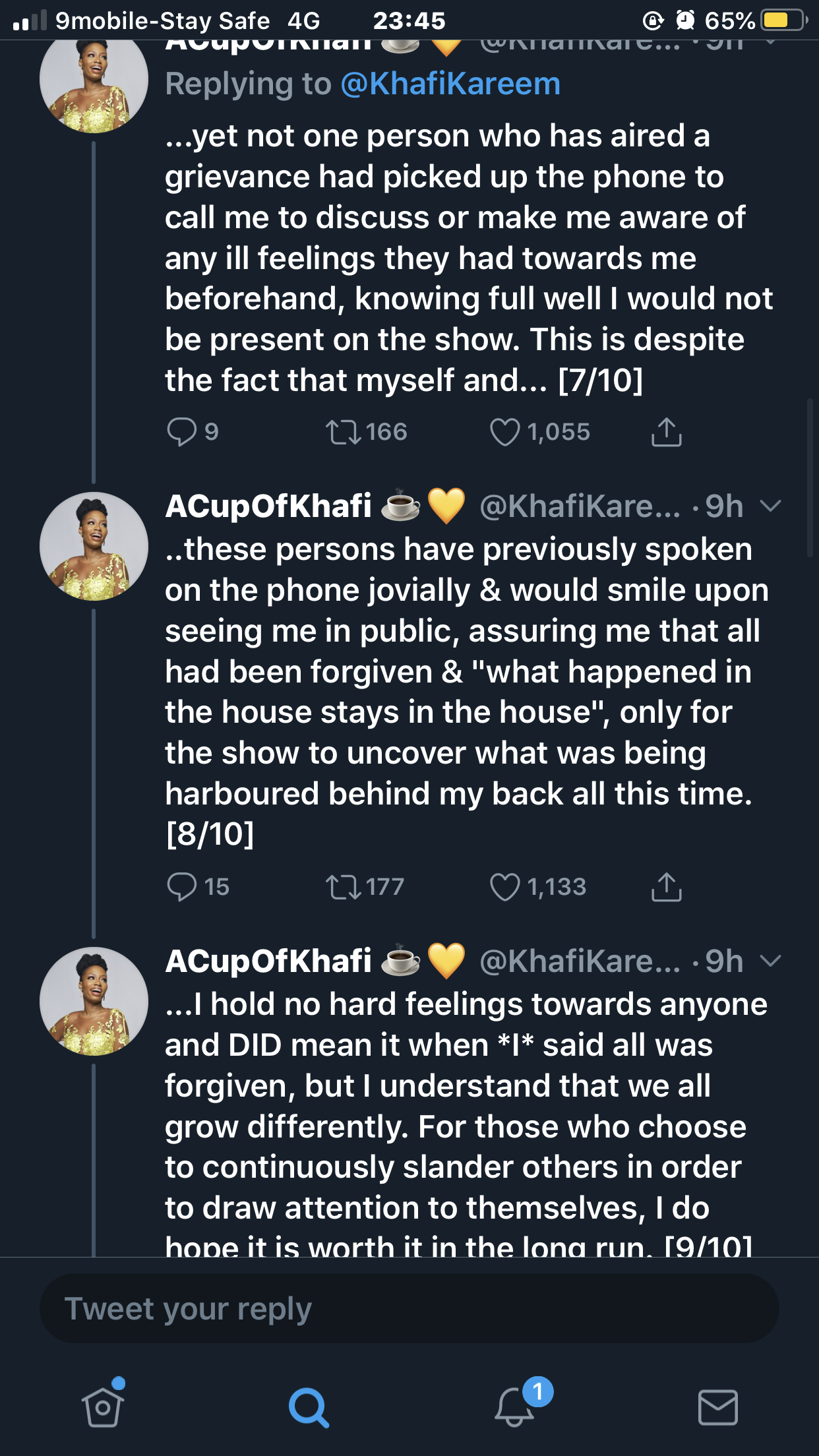 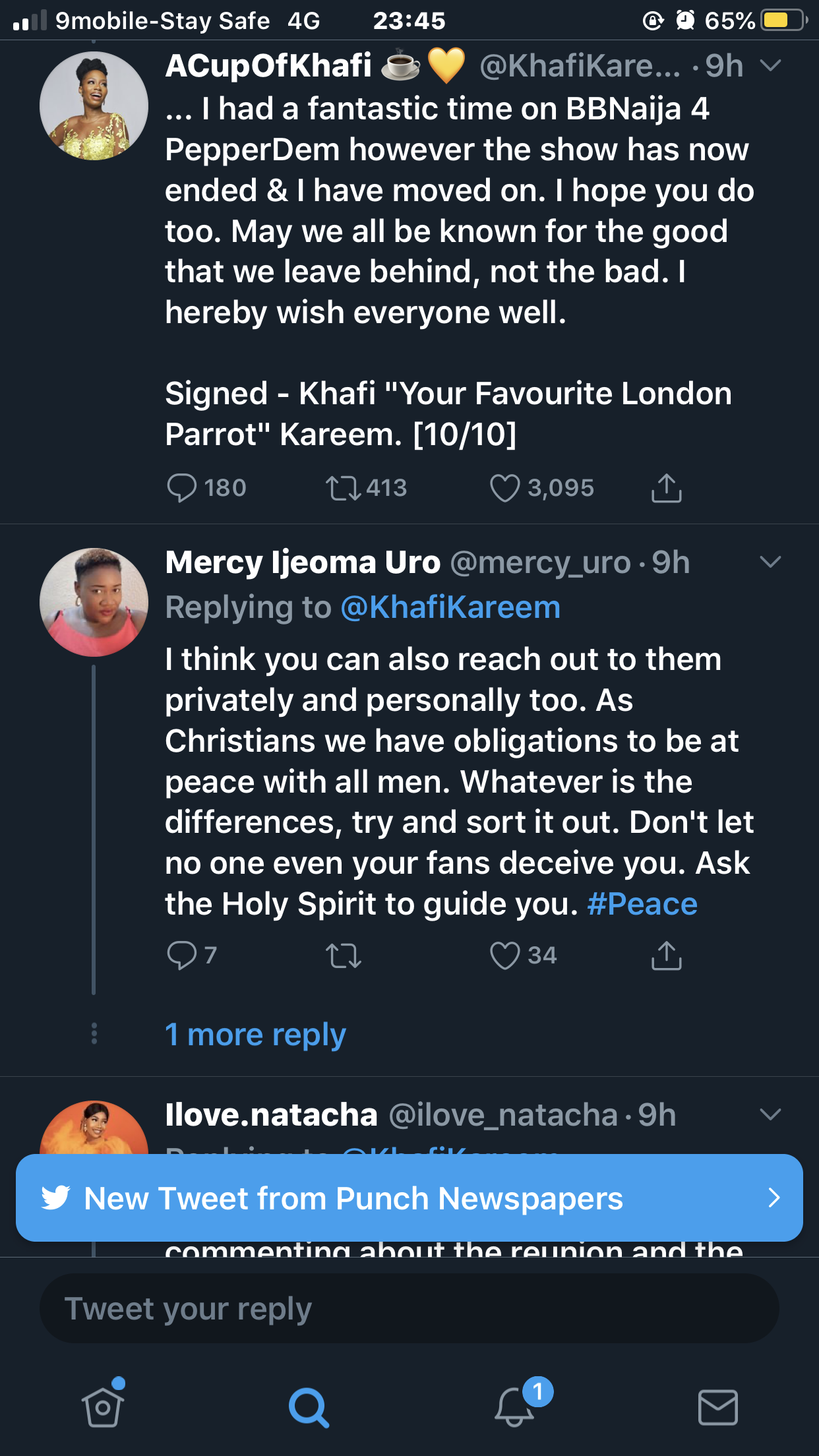