A lady named Kambili Korie has taken to Twitter to accuse winner of Big Brother Africa All Stars, Uti Nwachukwu of raping her three years ago.

Korie, in a round of tweets, claimed no one believed her when she reported the incident and the reality star allegedly told the man she was dating at that time that she had tried to seduce him.

The lady also noted that the media personality threaded carefully and he never contacted her with his actual number as she shared screenshots of their chats.

Reacting to tweets, a web user said she is lying because the reality TV star is allegedly gay.

However, Korie claimed he is also bisexual and gives men more respect.

Read Also: Lady Accuses Dbanj Of Raping Her In A Hotel In 2018 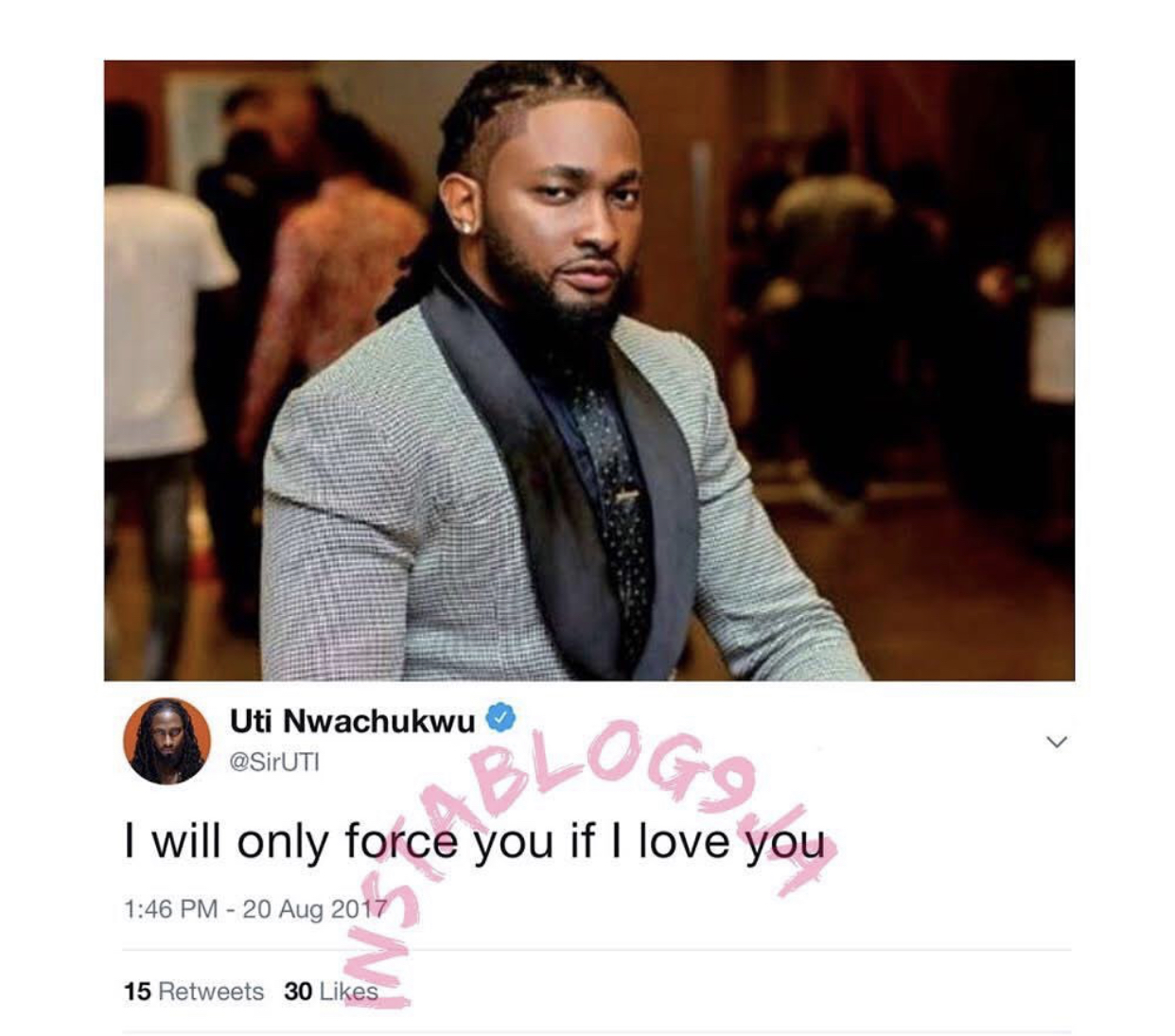 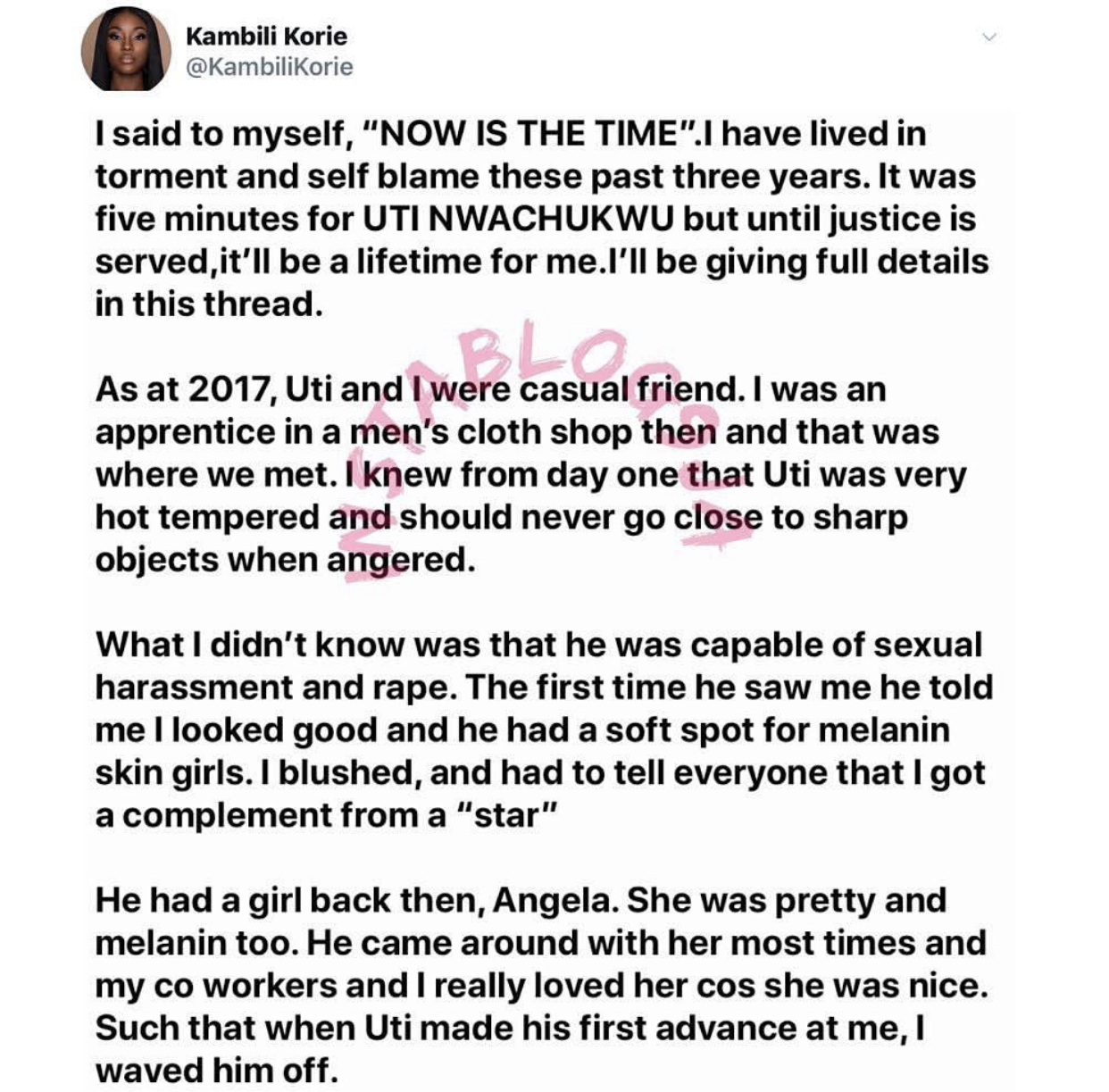 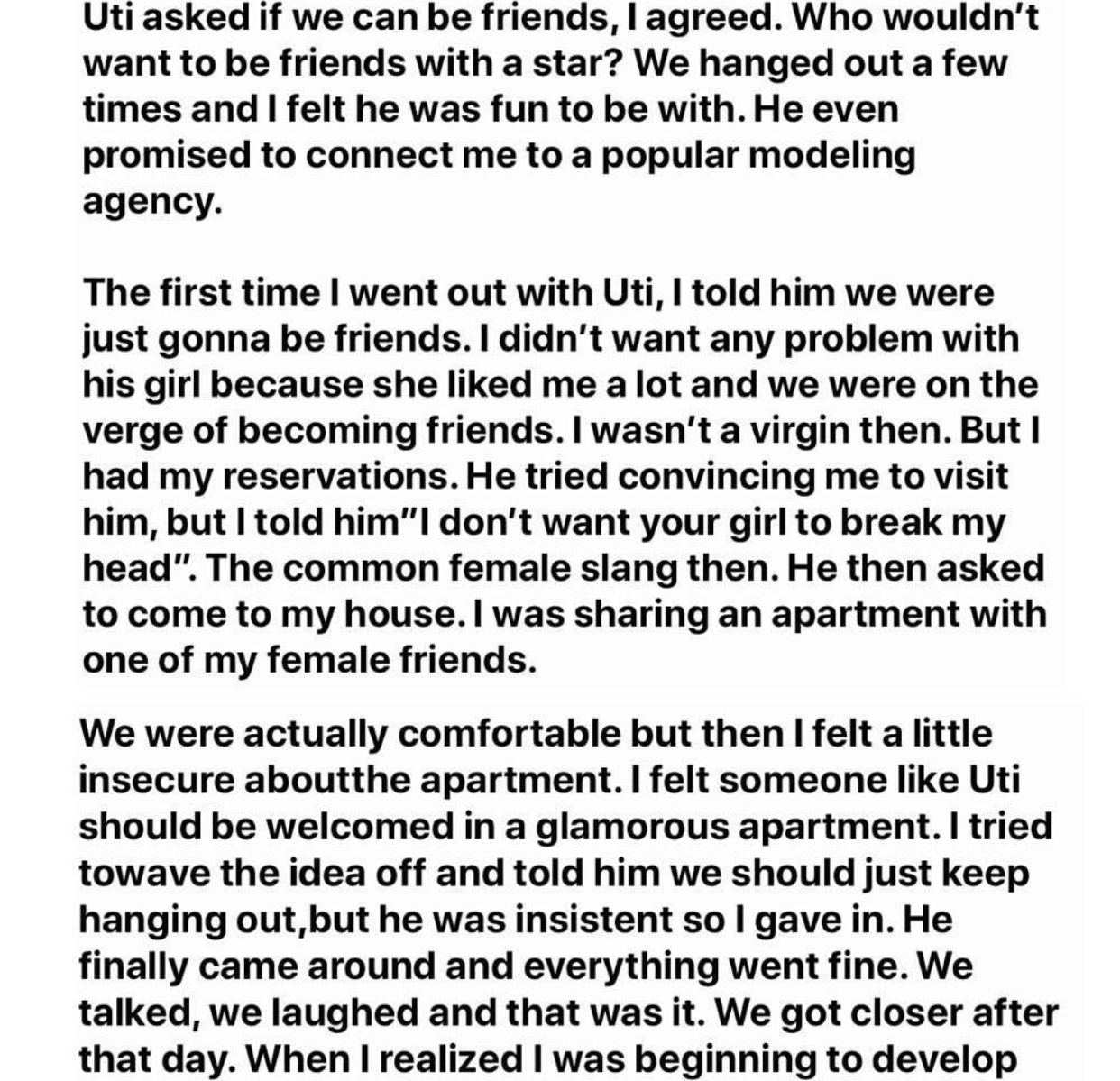 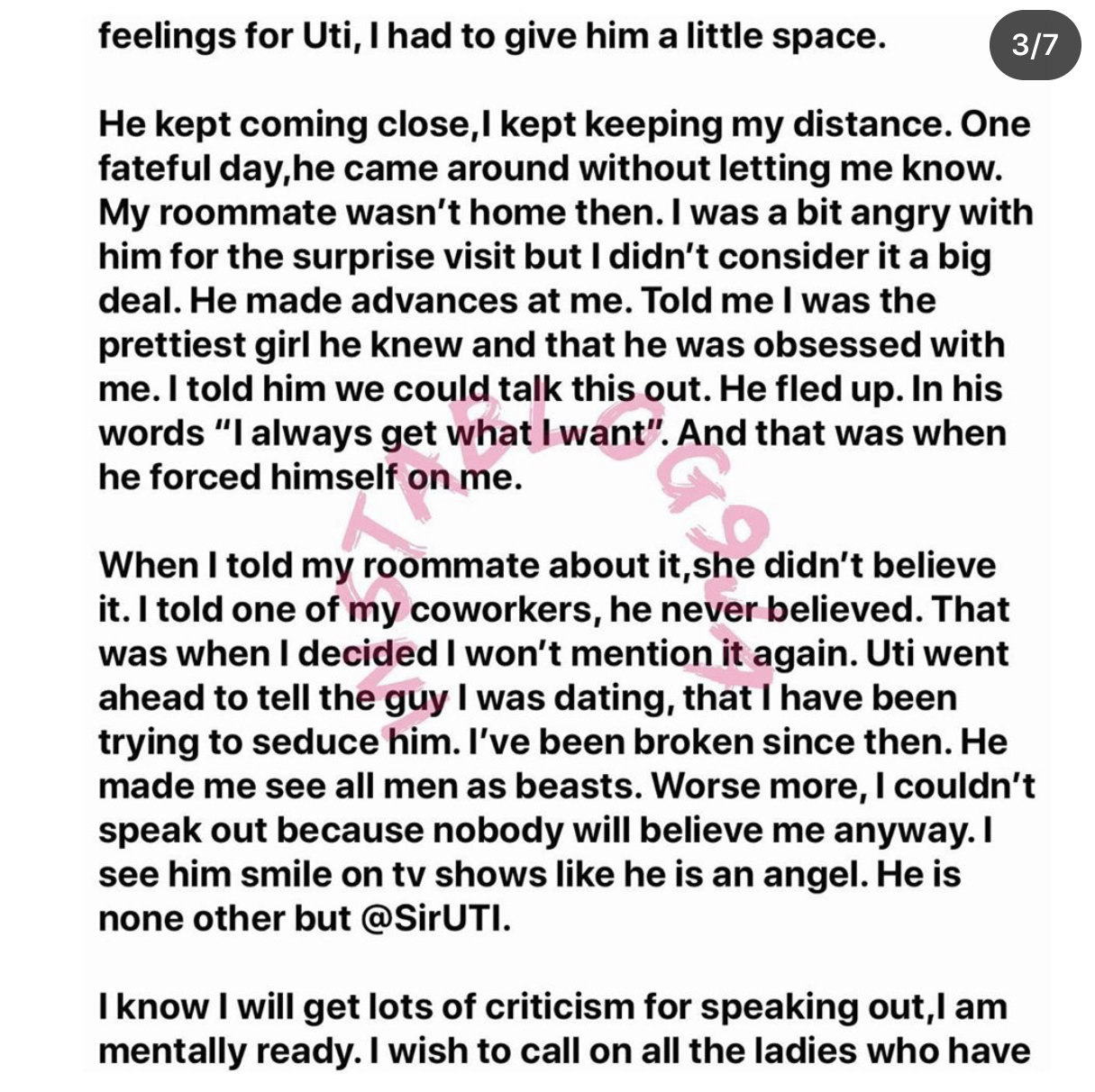 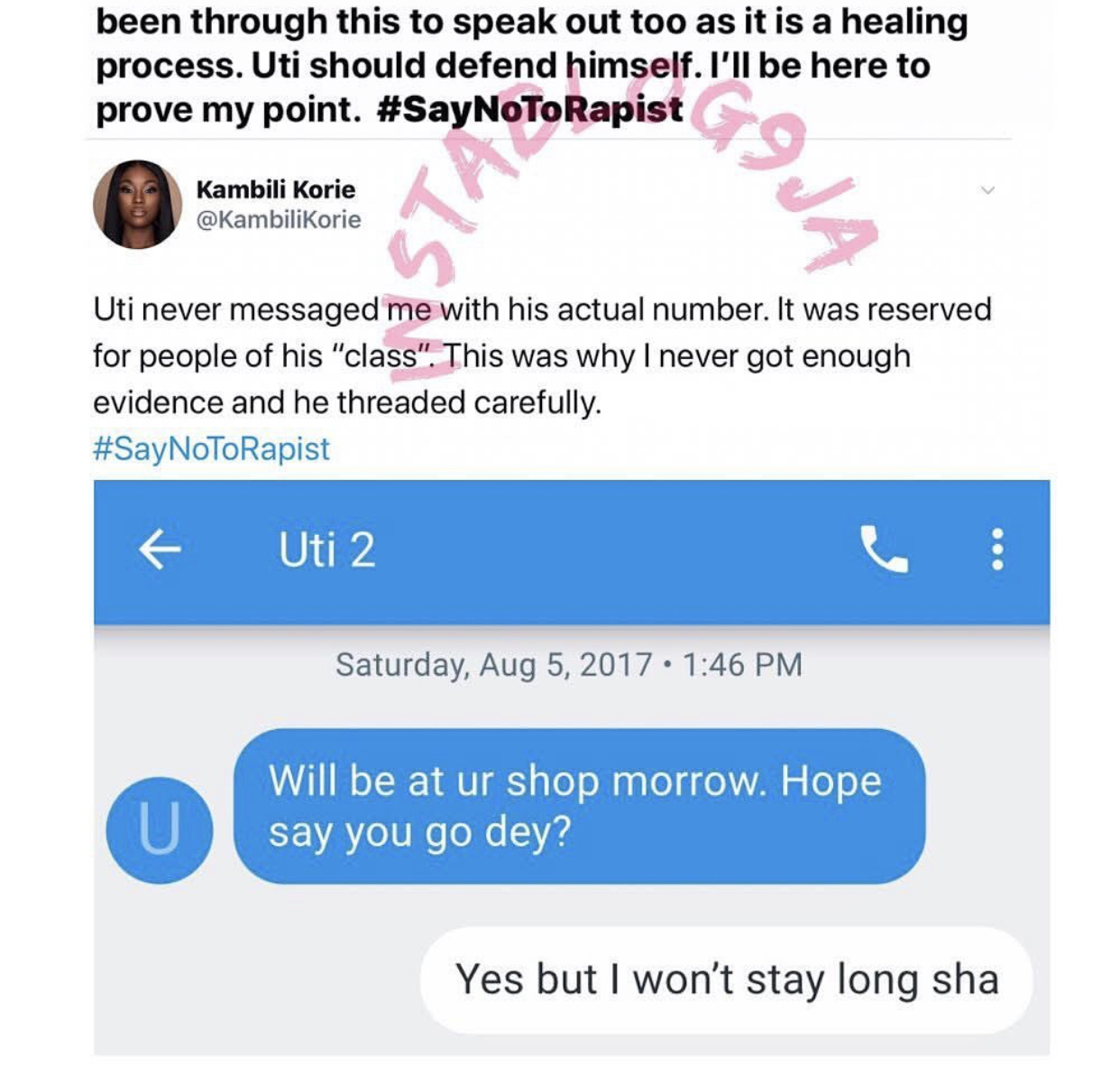 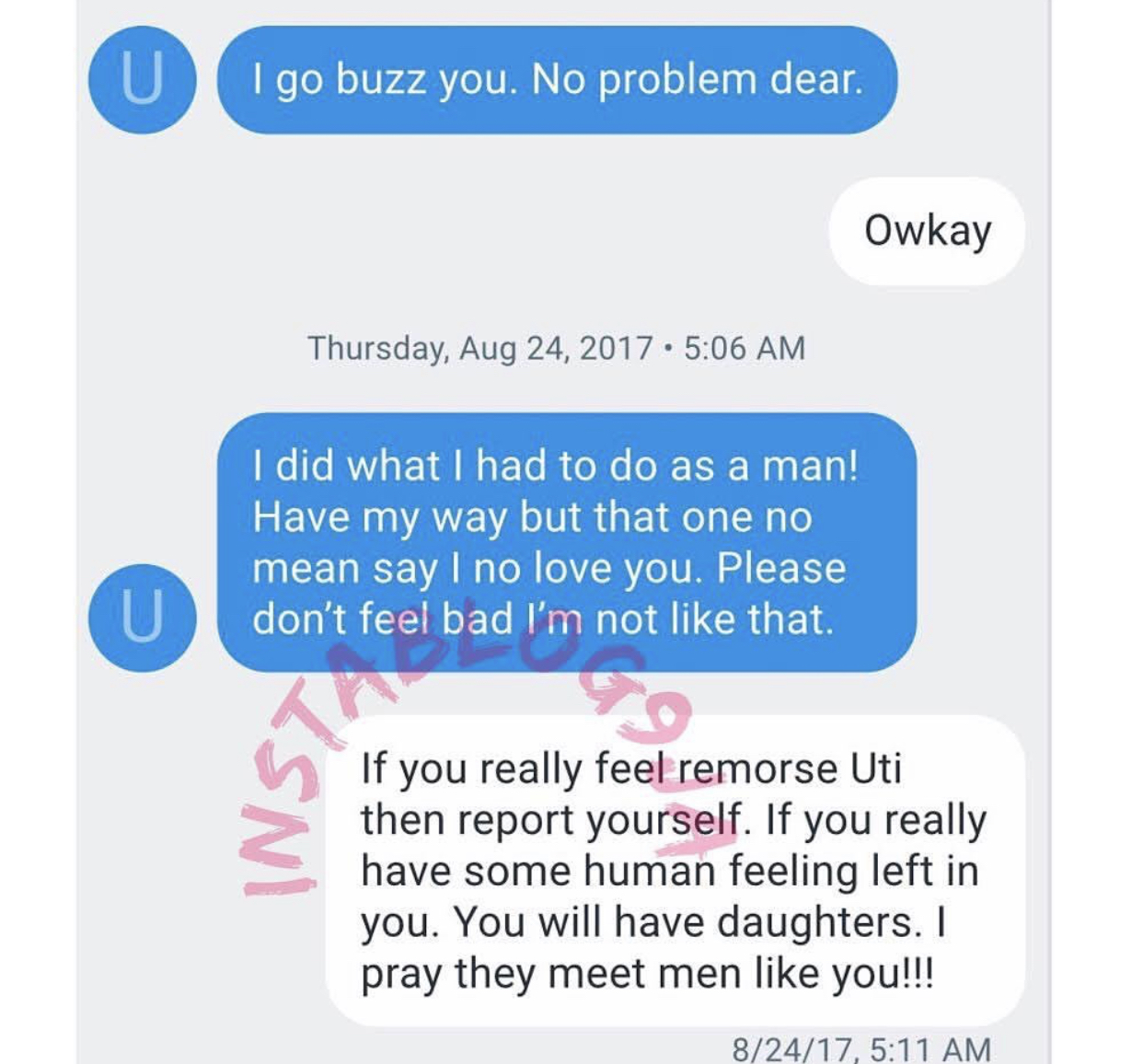 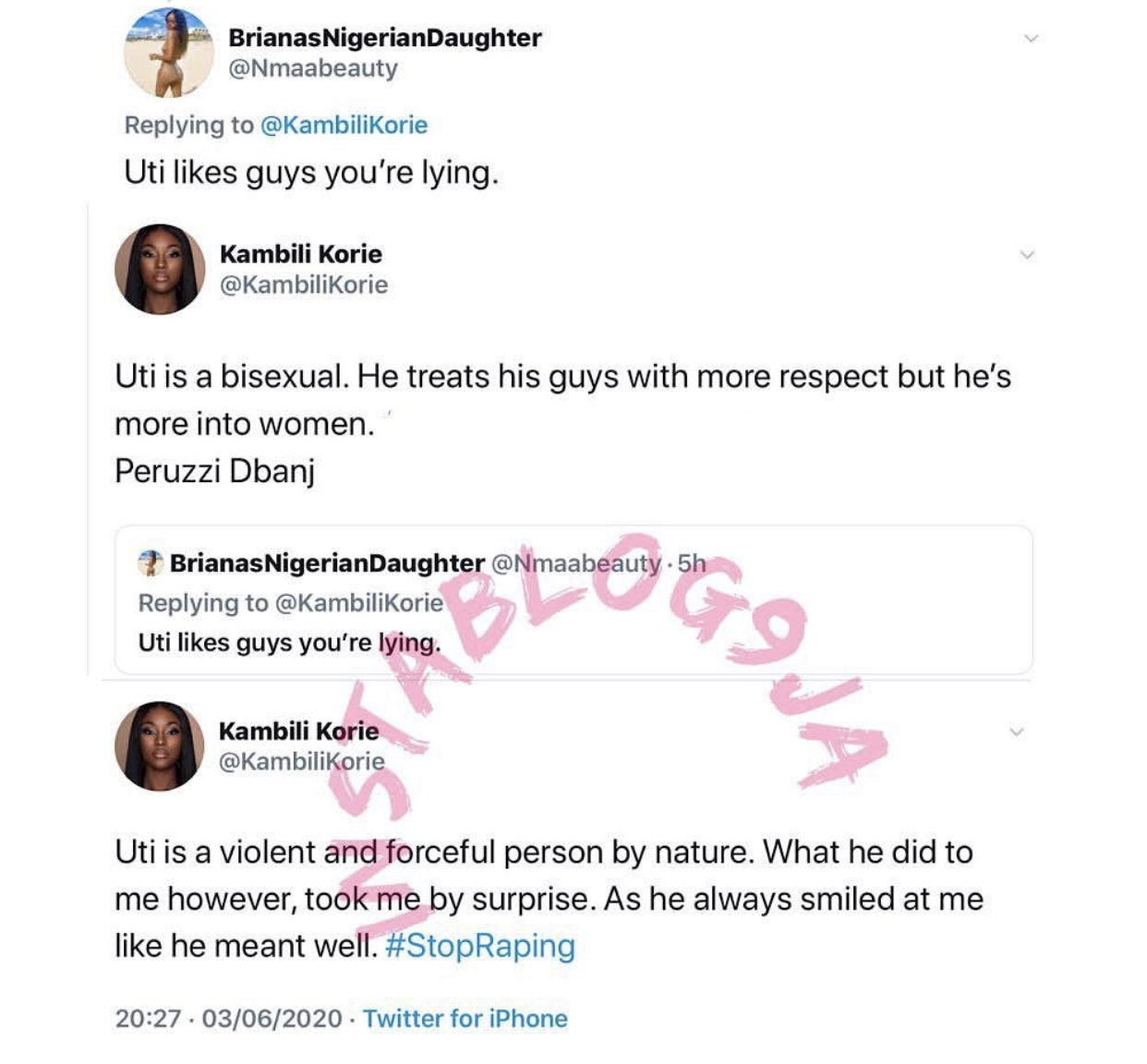