A Nigerian man named Wisdom Obi Peter has threatened to rape the daughter of singers, Adekunle Gold and Simi after throwing several jabs at them on Twitter.

Information Nigeria recalls the couple announced the arrival of their daughter, Adejare on Sunday.

Reacting to the news, the troll tweeted hateful and horrible things about the couple and he threatened to rape Adejare whenever she turns 18.

Wisdom also said that he prays the new born child doesn’t end up being stupid like her mother.

The troll also blasted both parents for naming their daughter, Adejare, saying it would have been better if they named her ‘stupidity’.

Fans of the couple have also reacted and slammed the man for the hateful tweets. 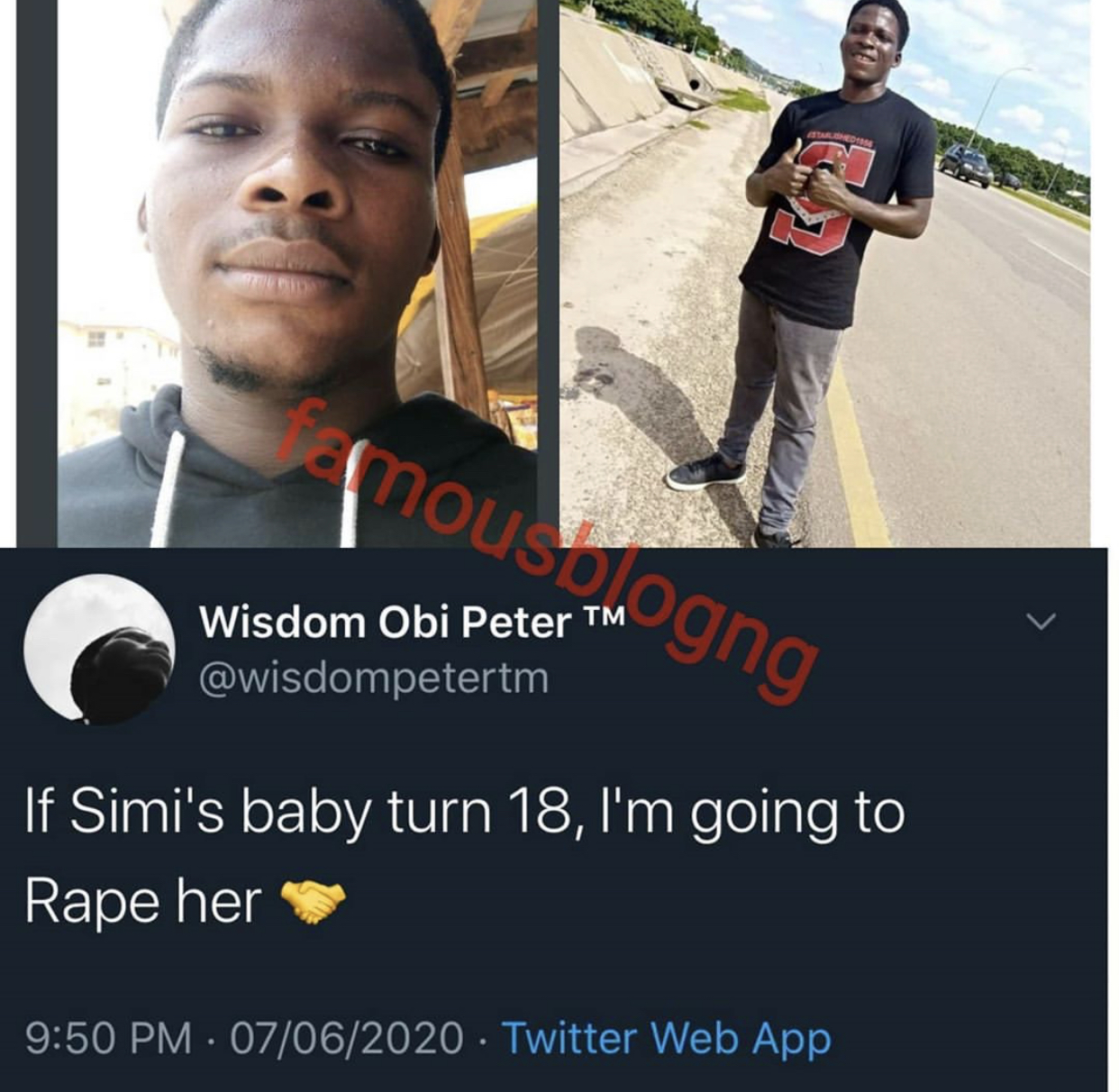 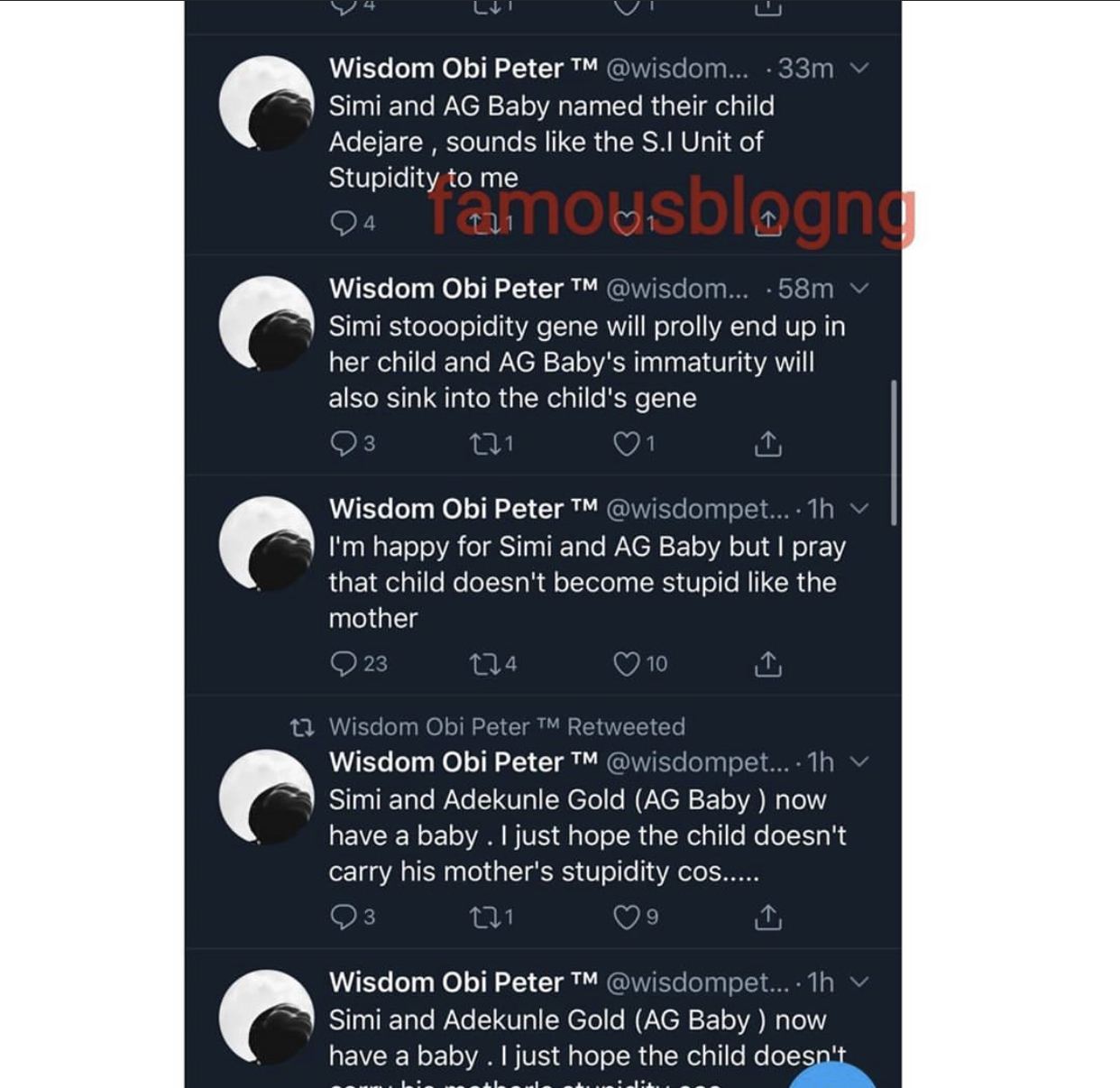 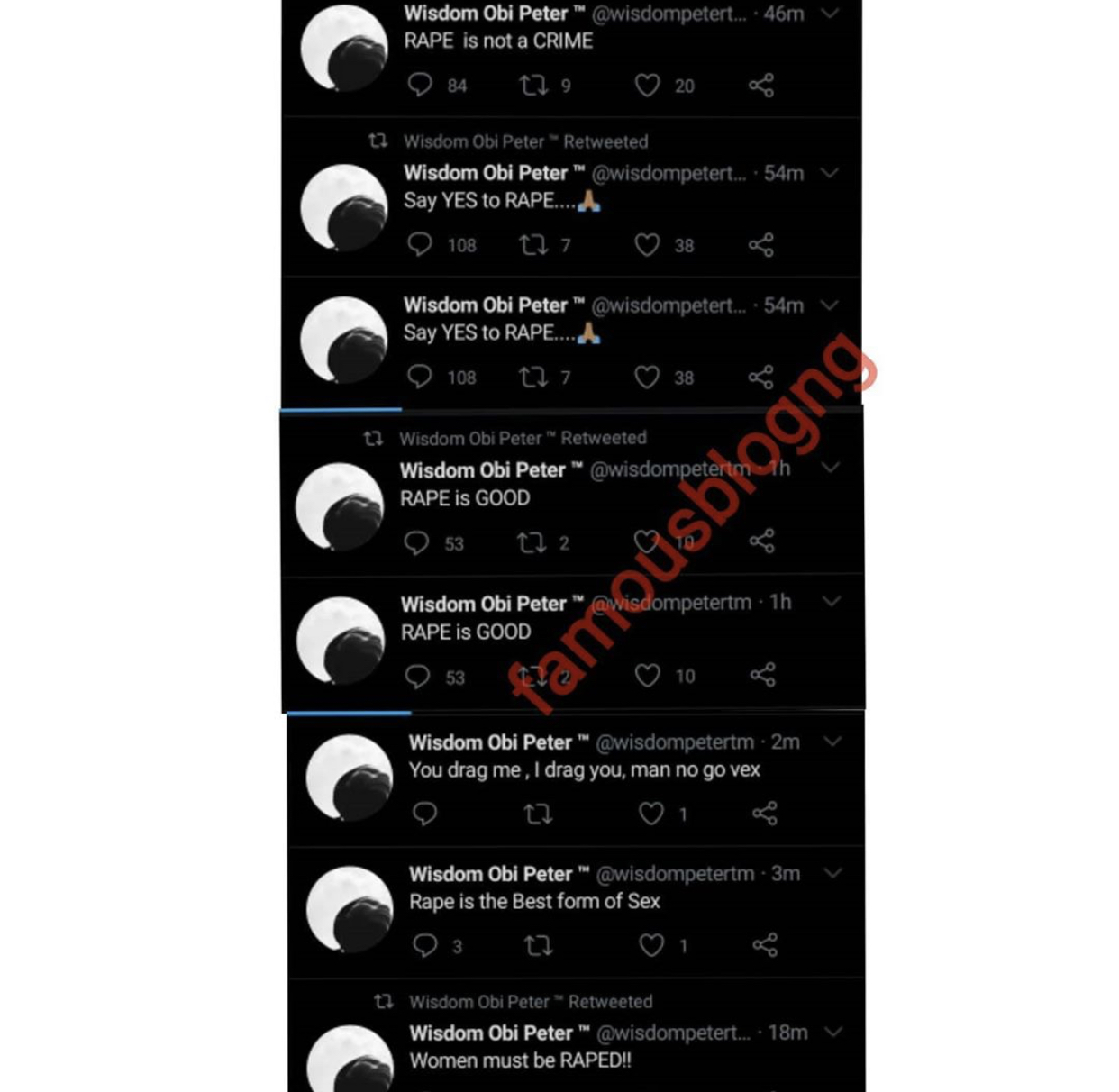 Please if you have any information about this guy @wisdompetertm Wisdom Obi Peter, please I need it.
.
Thank you and God bless pic.twitter.com/ncD7Xrwdx6

After so much digging…. İ was about to get few details about the pervert who promised to rape Adejare when she clocks 18
Full name: Wisdom Obi Peter
Location: Abuja
School: Uniabuja
Contact: 07054171255
İG: @wisdompetertm pic.twitter.com/GChpisgrAC

We are advocating against rape, reporting rape apologist and rapist all over the internet yet this dimwit that calls himself Wisdom Obi Peter felt the need to show his stupid self and chase clout with rape! Smh!!

Twitter do your thing I can’t even shout. I’m tired. pic.twitter.com/Ozu1dUERV2