Paul Okoye, the CEO of One Africa Music Fest, has reacted to an homophobic post made by actor, Yul Edochie.

The page Yul shared from the Bible manual reads;

“Today, the present world has overtaken Sodom and Gomorrah in immorality and wickedness, Man has degraded himself to the point of getting married to animals. The LGBT (Lesbian, Gay, Bisexual, Transgender) community is ever increasing with new abominable sexual orientations every day. The world classifies all these under the caption of “human rights” and the need to accept others; diversity. This was exactly what happened in Judah at this time.”

Reacting to the post, Paul O advised the actor not to judge as he revealed that his neighbour in the UK is gay and he is the nicest guy he knows. 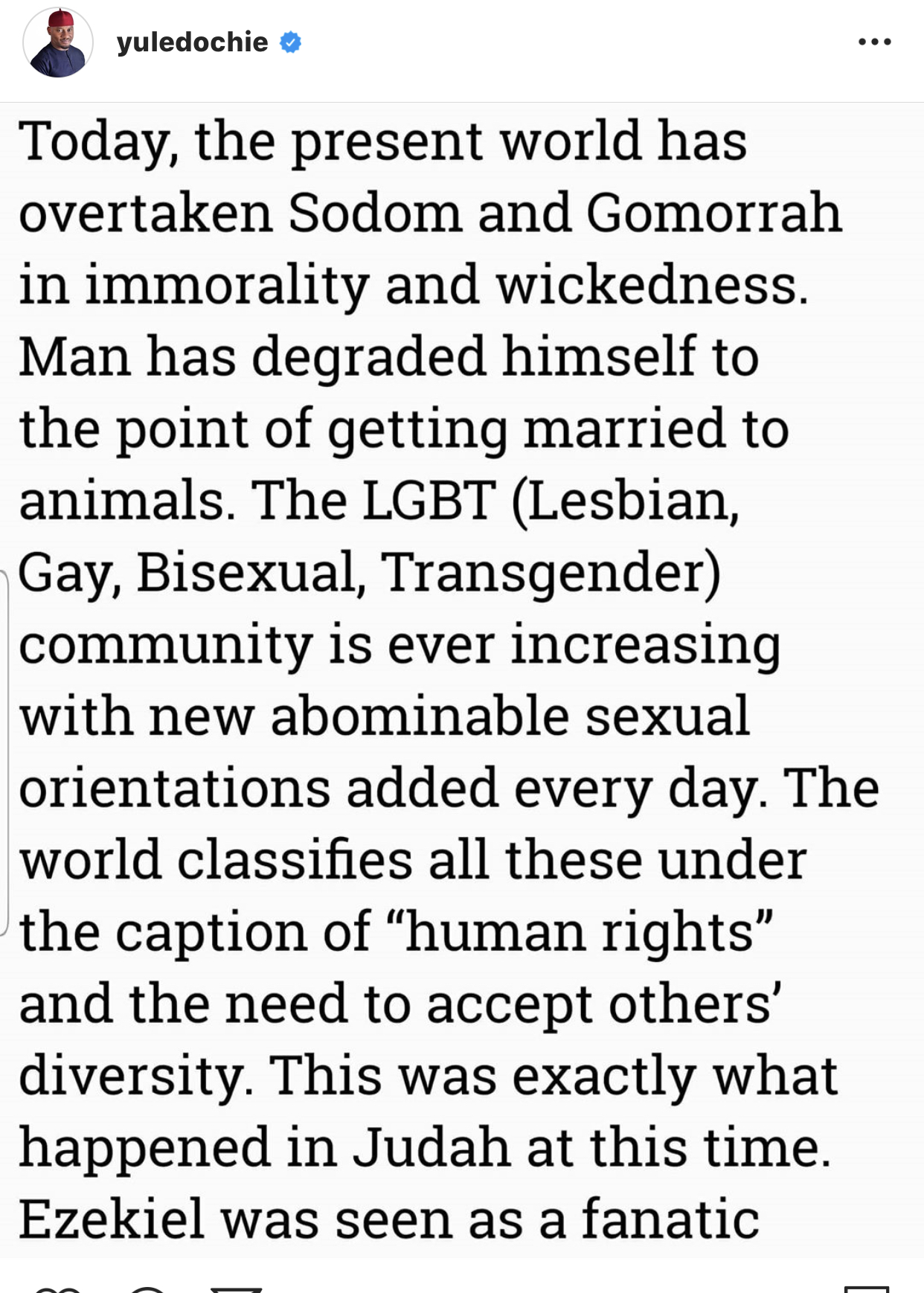 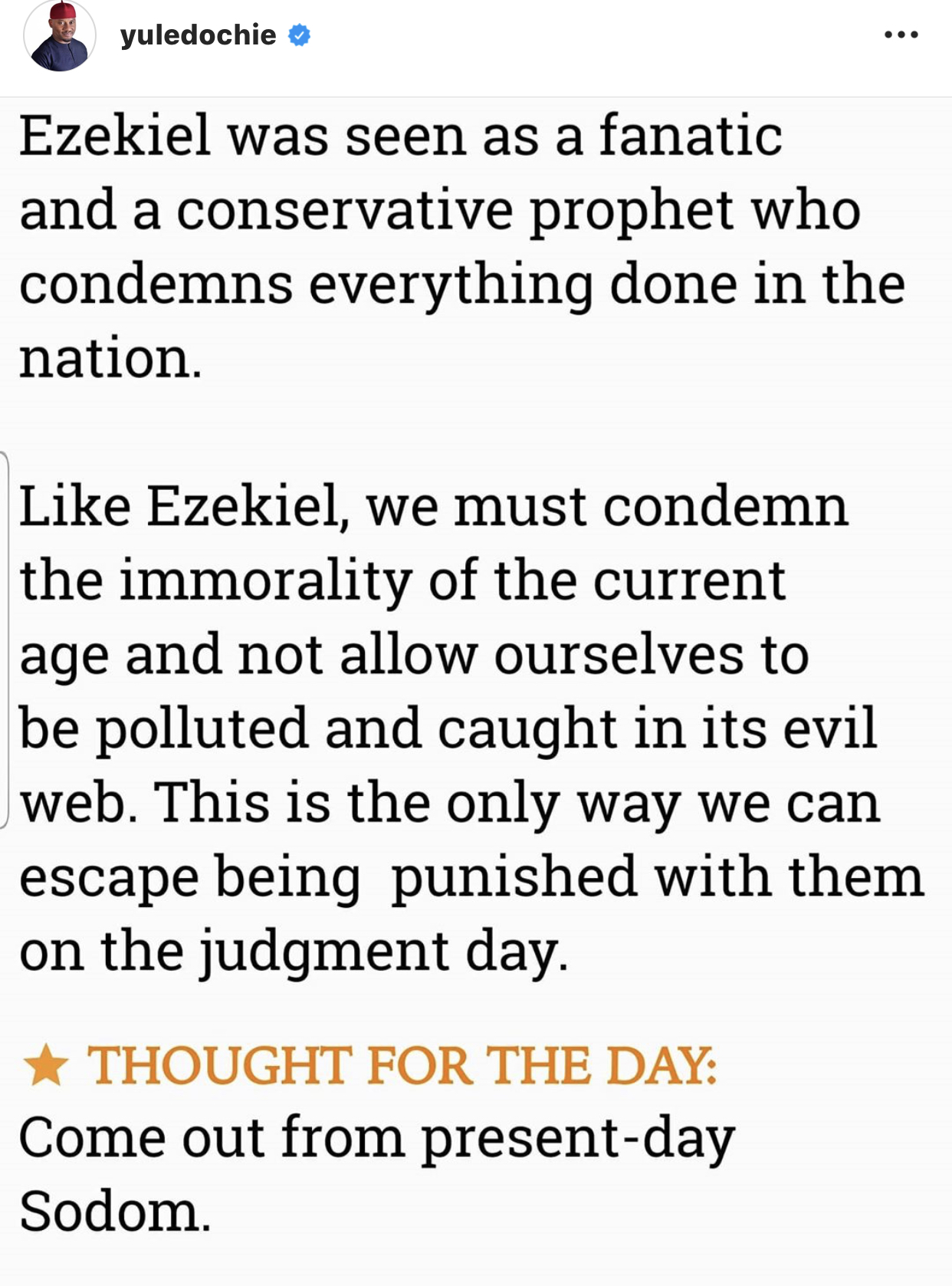 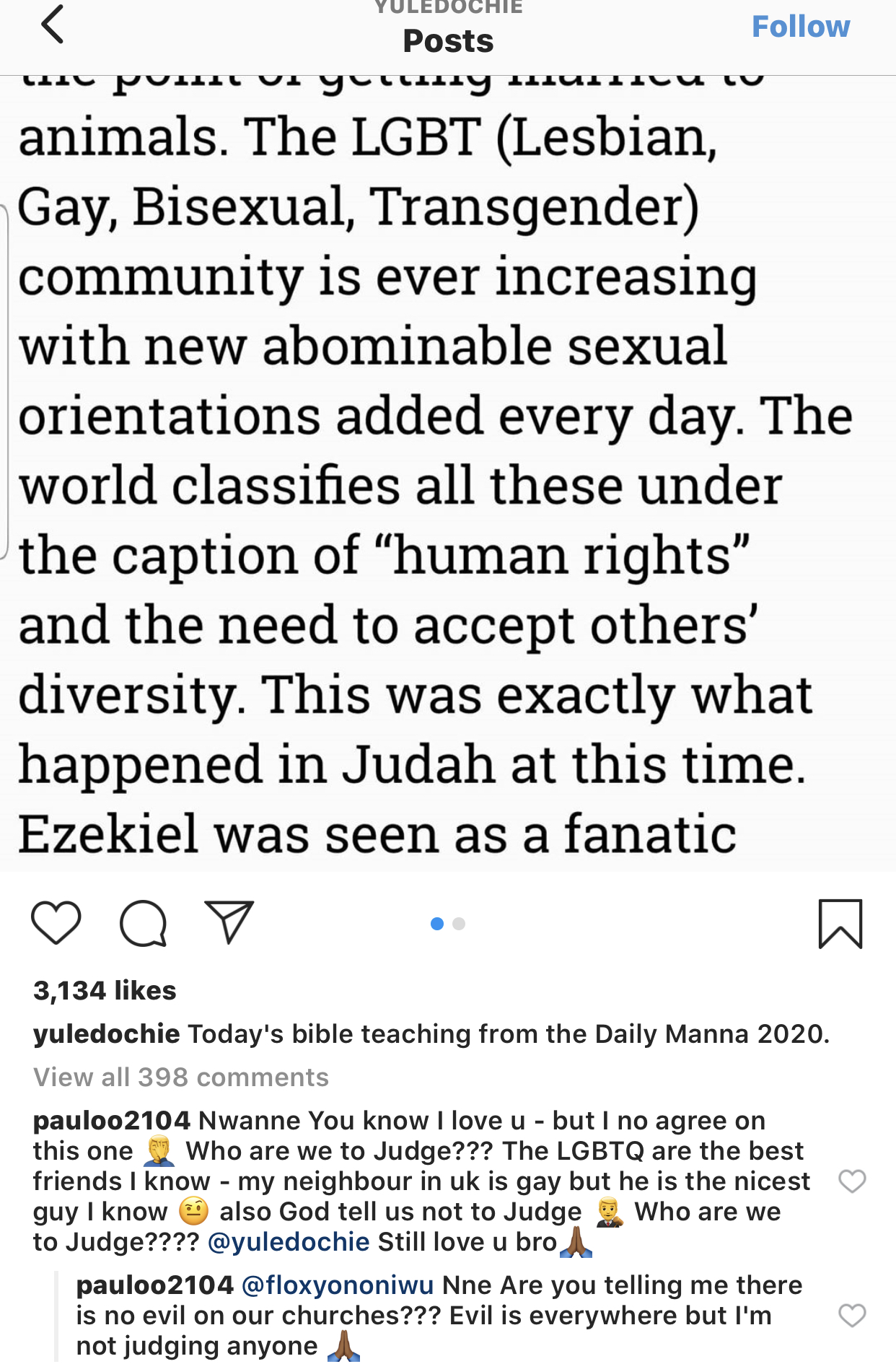