Popular Nigerian singer, Teni took to her Twitter page to say that there is nothing wrong with women being breadwinners of their family.

A fan, identified as Bolaji Yusuf begged to differ as he stated that there would be problem if a man begins to do the house chores such as sweeping, cooking and cleaning.

The Billionaire crooner then asked Yusuf why he cannot cook or clean since he is not God.

In response, the web user said that he has never seen his father doing housework and he prayed for God to make him a breadwinner so that he would not become a slave.

Irked by the response, the singer asked the young man what school he attended and she said he should request for his fees to be refunded.

Read Also: ‘Half Caste Is The Most Derogatory Term To Describe A Person Of Mixed Race’ – Juliet Ibrahim 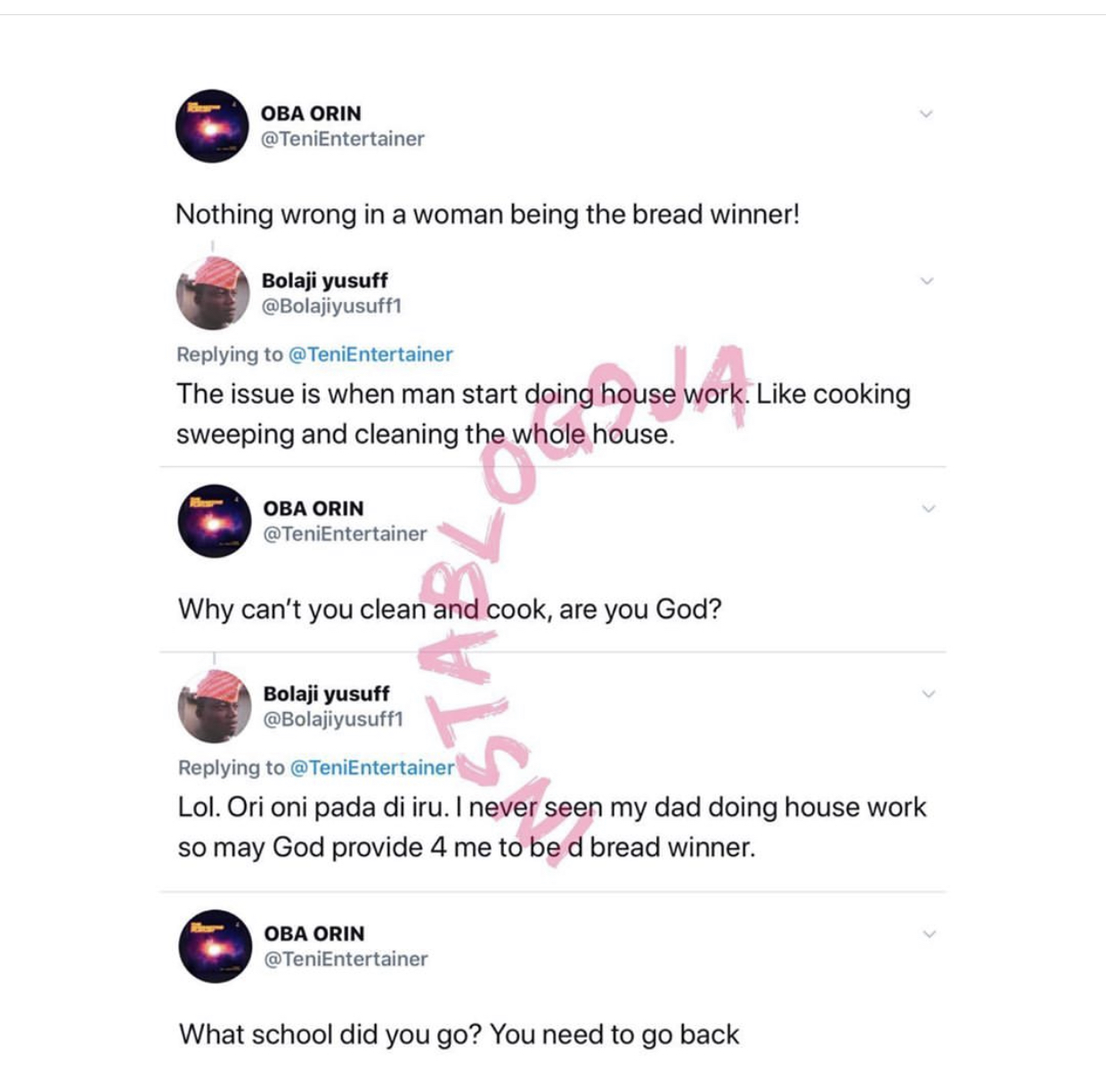