Popular BBNaija star, Tacha has released a video on YouTube where she defined confidence and arrogance.

Tacha said she lived her truth while in the House and she has grown.

This comes after the reality TV Star was attacked by Kim Oprah for accused her of being arrogant and boastful.

The serial entrepreneur also took to Twitter to troll ex-participants, who appeared on Day 4 of the reunion show.

Ebuka Obi-Uchendu asked Mercy if she is interested in Big Brother and she said no because he is a ghost.

Tacha had something to say about her rival’s comment and other ex-housemates on the micro-blogging site.

See the video and tweets below: 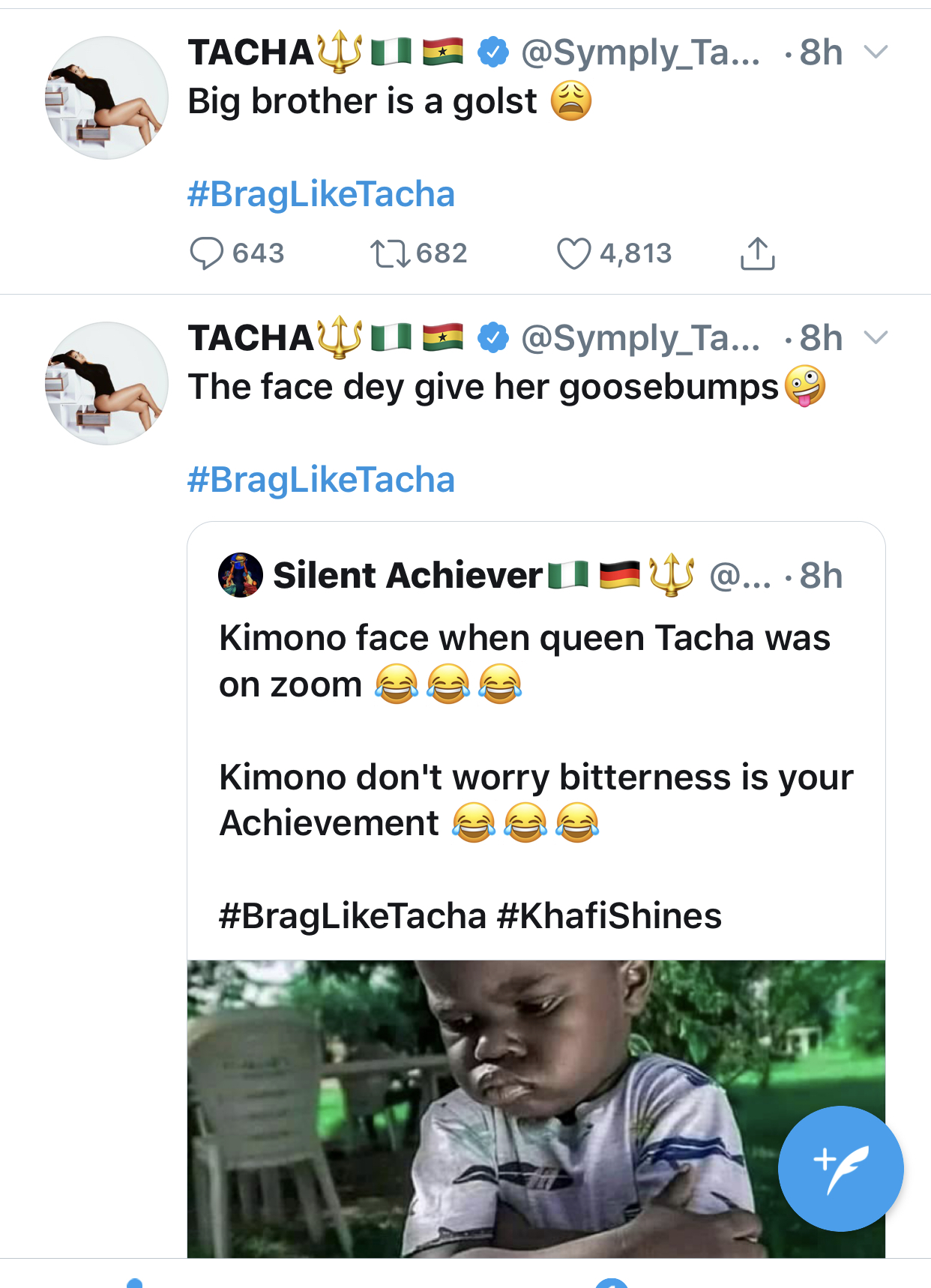 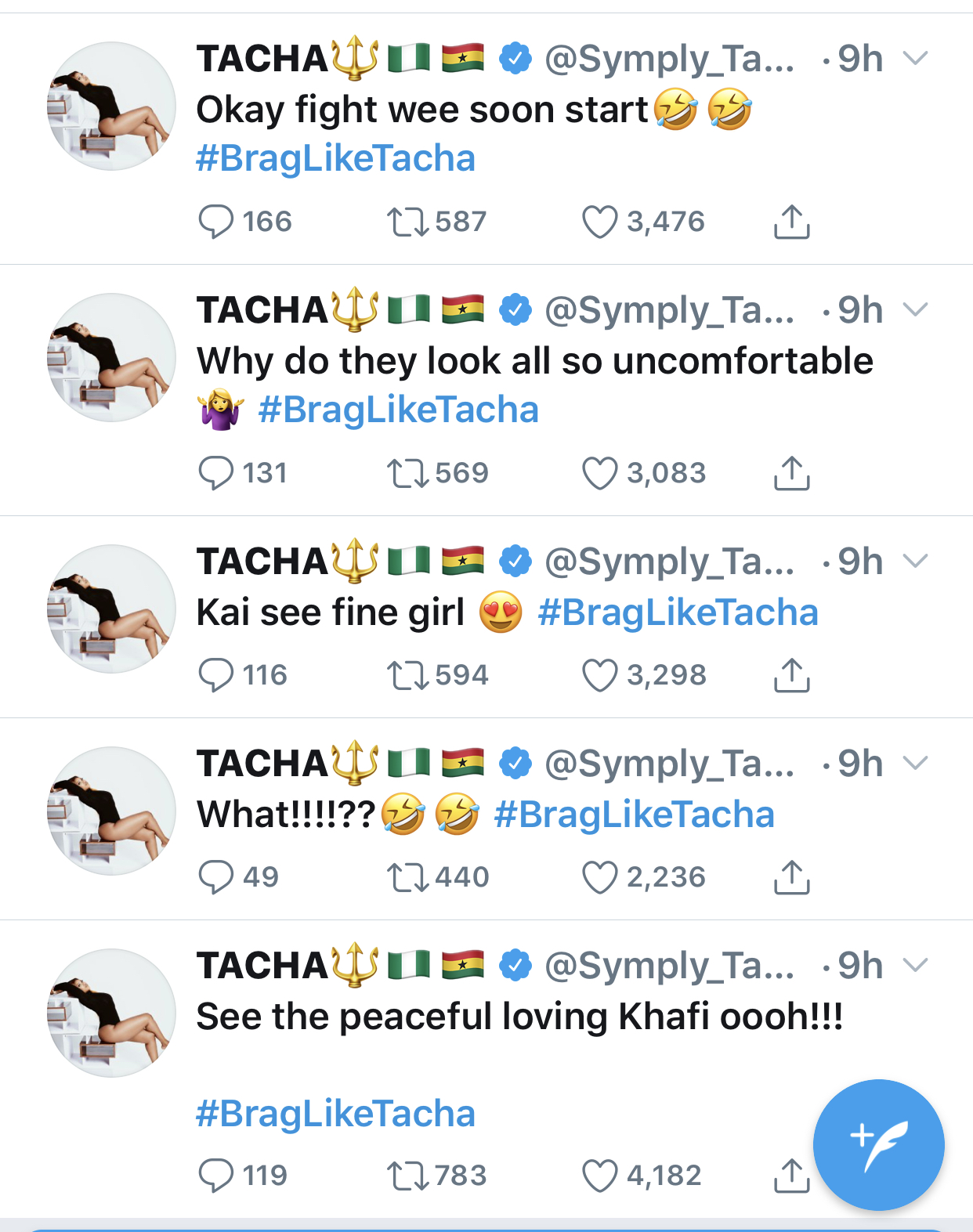