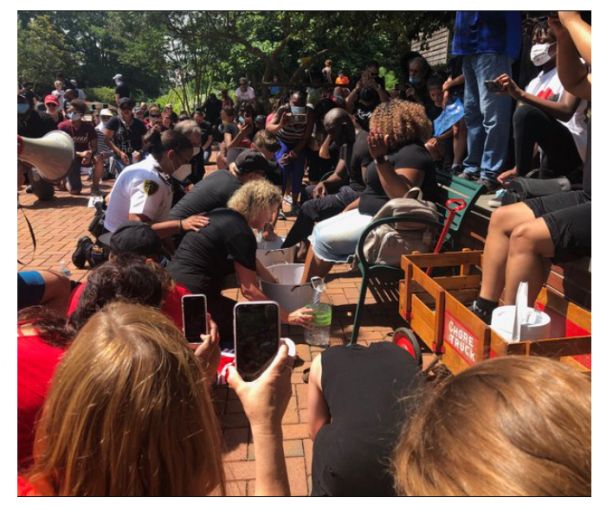 Some white police officers were seen Washing the feet of some black protesters in Cary North Carolina.

The officers in the video which was shared online, the police could be heard asking the protesters for forgiveness for years of racism.

In the viral video which was shared by Fabiola Doissaint, the white members of the community were also seen cleaning the feet of black religious leaders.

A man could also be seen and heard saying a prayer into a megaphone asking people to repent of their sins and historical involvement in slavery and oppression against African-Americans.

The man with the megaphone, while praying, acknowledged that there’s only one race of people — he then asked for forgiveness for their white ancestors enslaving, mistreating, and oppressing African-Americans.