Information Nigeria recalls the actress and her husband were apprehended and arraigned in court on charges connected with violating the Lagos State Infectious Disease 2020 regulation under the Public Health Law.

The couple pleaded guilty and were fined and handed a 14-day community service sentence.

Months later, Zlatan Ibile took to the photo-sharing app to mock the actress saying she warned him not to stay away from Naira Marley because of his brand.

However, the actress became friends with the ‘soapy’ crooner and she ended up getting arrested.

Read Also: EFCC Reacts After Nigerian Man On Twitter Plays A Prank On Them 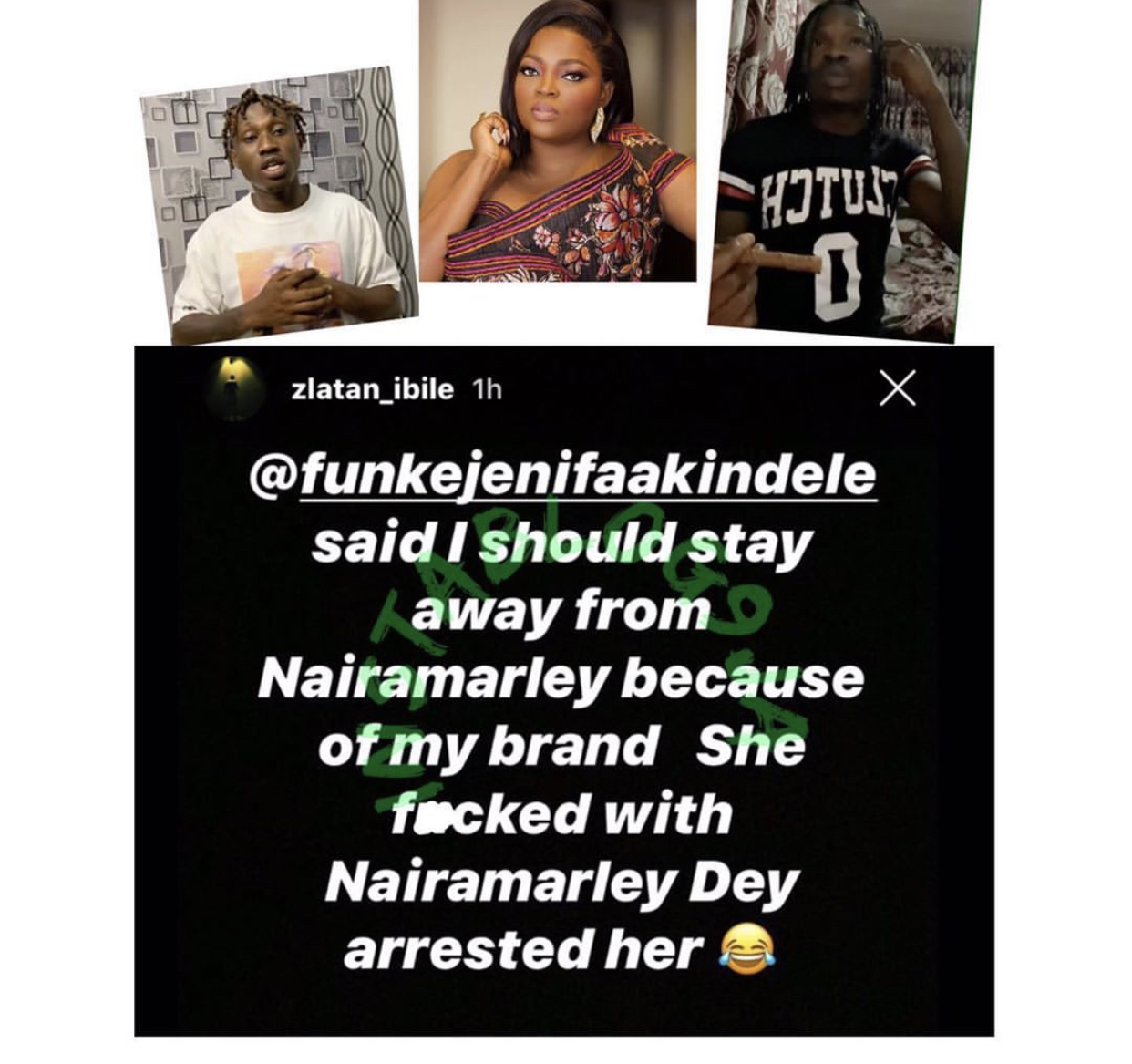