The video hit the internet shortly after he took to his official Instagram page to share that he is currently two weeks pregnant.

While making the announcement, the controversial figure stated that he can no longer hide his pregnancy before going on to congratulate bae.

Read Also: Nigerians React As Bobrisky Ditches Cross-Dressing To Show Up As A Man At His Dad’s Birthday

Since he shared the message, social media has been agog as people pointed out that he is ‘up to another mischief’ with the new declaration. 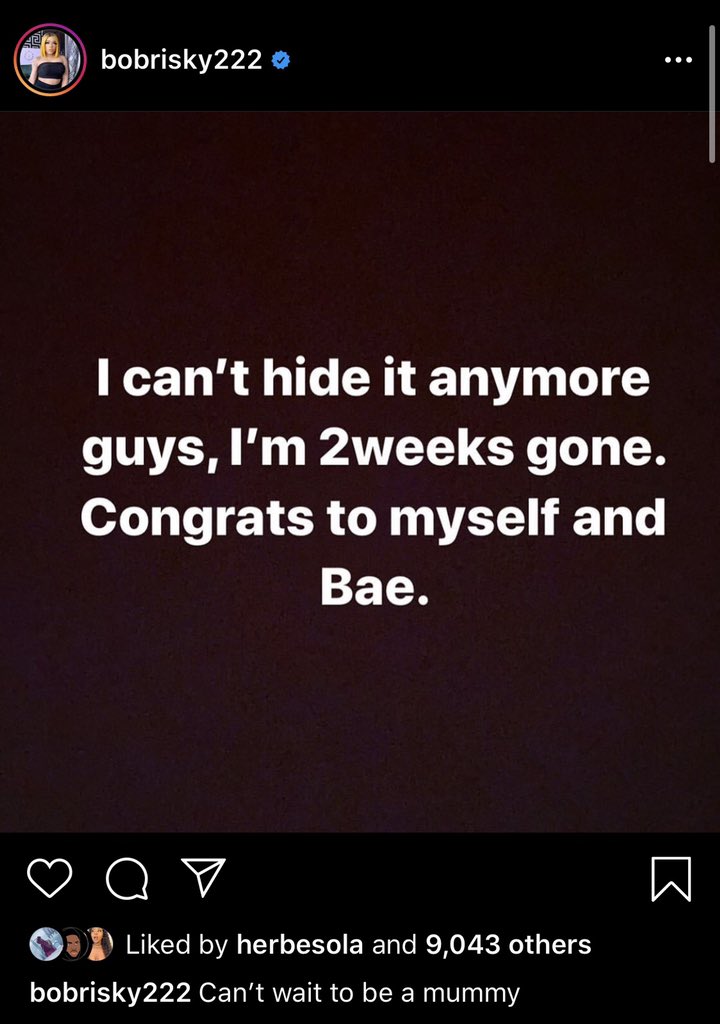