One of her patients, Mrs. Nneka Miriam Barbra Onwuzuligbo was said to have died following complications arising from a failed comestic procedure carried out by the doctor.

The case is titled, ’Federal Republic of Nigeria v. Dr. Adepoju Anuoluwapo & MedContour’, and FCCPC is the prosecutor. 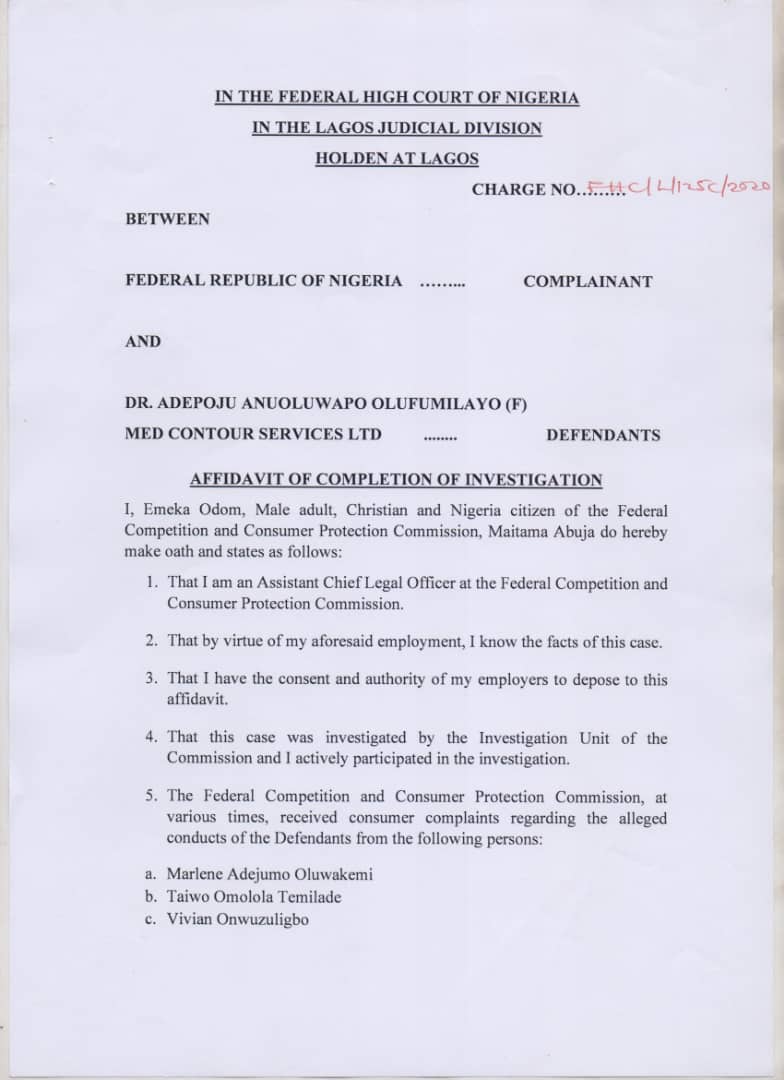 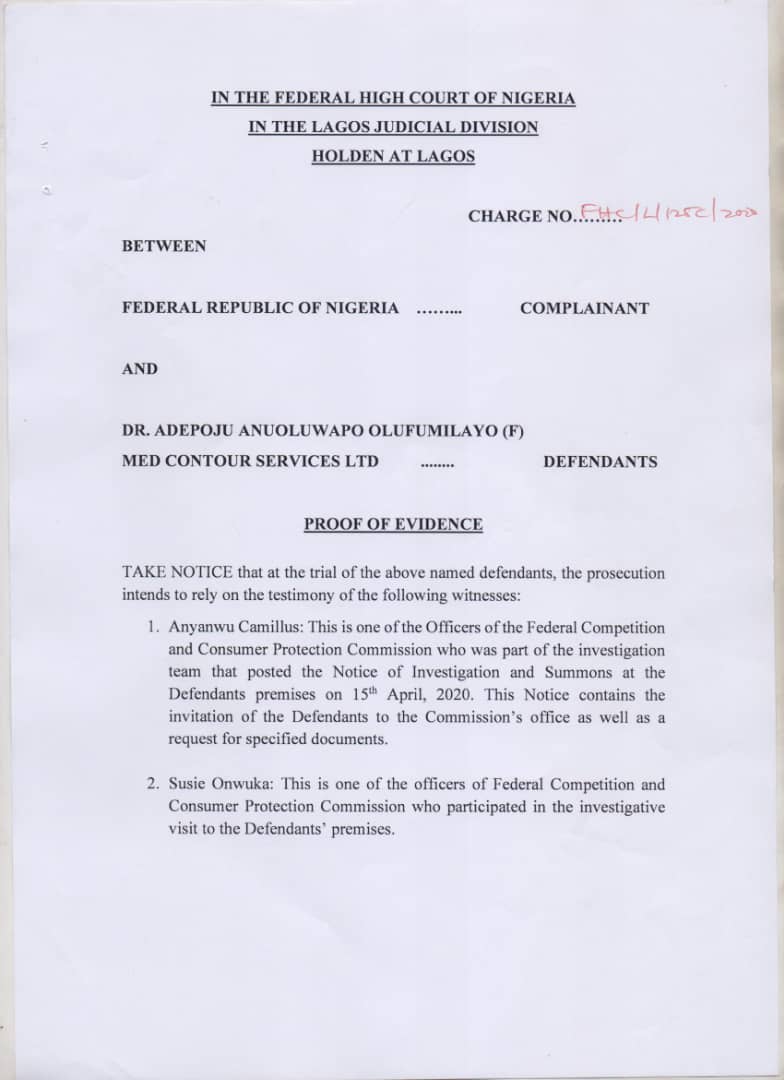